Best Guitar Songs: A Tale of the Tabs 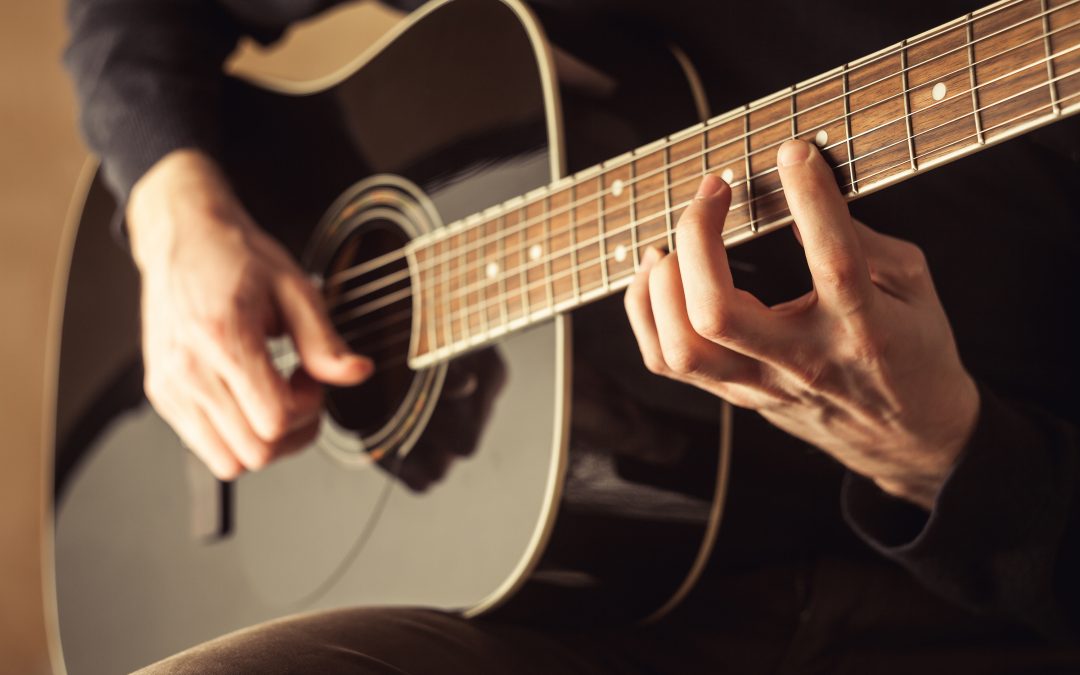 In an open source world where streaming services and social media allow for instant access to any type of music, there’s a seemingly infinite source of songs for listeners to choose from.

In a less internet-driven era, the “best” songs could arguably be the ones which topped the Billboard charts. However, in these days being the “best,” or the most popular, this also includes who and what is trending, how many streams a song has, and the number of YouTube views.

Let’s make it even simpler.

A song that a guitarist of any playing experience falls in love with is processed differently from someone without musical capability. Guitar chords, movements, and rhythms are sometimes immediately recognizable to the trained ear to know exactly what’s happening in a song.

However, even if the player can’t figure out which chords are being played by listening to it, and even if they’re untrained to read sheet music, there is a way for them to learn how to play it.

Sites like Ultimate Guitar are a hub for guitarists to learn their favorite tunes through using guitar tabs, which is a notation system using numbers to denote finger placement and lines for guitar strings.

This method allows any guitarist to learn their favorite songs without knowledge of reading sheet music.

Ultimate Guitar and guitar tabs provide a very different context to the idea of best guitar songs or top songs. Musicians use these sites to learn everything from the top songs of their era to classic guitar driven songs that every player recognizes.

While songs which top the charts or trending lists show what tunes are popular or which are selling the most, top rated and view guitar tabs tell a very different story. Lists like these on Ultimate Guitar show the top guitar songs that guitarist are actually learning.

Top charts show what everyone is listening to. Top guitar tabs lists show what guitarists of all levels are learning and what they consider to be the best guitar songs.

Ultimate Guitar has multiple lists but the ones which reflect what guitarists view as the best guitar songs are their Top 100 Daily and Top 100 of All-Time.

The Top 100 Daily is interesting as it provides a mixed bag of classic and trending songs. Ed Sheeran’s “Perfect” and John Legend’s “All of Me” rank in the top 10 with oldies like Jeff Buckley’s “Hallelujah” and Elvis Presley’s “Can’t Help Falling Love with You.”

The daily list when compared to the Top 100 of All-Time shows an interesting trend in the fact that “Hallelujah” and “All of Me” take the top 2 spots and are ranked among more complex tunes like Led Zeppelin’s “Stairway to Heaven,” and Gun N’ Roses’ “Sweet Child o’ Mine.”

These lists show a great correlation which doesn’t come across as clearly in lists that represent sales or general popularity. They represent top songs of guitarists of all playing levels who’re taking the time to learn the music.

A song’s popularity on these lists shows which songs guitarists believe are the best songs or at least the best ones to learn.

Who better to dictate this than guitarists themselves?

While the lists on Ultimate Guitar represent the best guitar songs, it’s worth mentioning a disclaimer for anyone who’s using tabs for the first time.

Pay close attention to the star rating for any songs. Multiple versions of songs are available and usually it’s the top-rated ones which you’ll want to use.

The tab community is open source, so tabs can be added and revised by different guitarist. This is important because it allows for guitar tabs to be polished with more details and accuracy over time. A song with 5 stars is one which the community has given the maximum positive rating which reflects the tab’s accuracy versus the song.

Jeff Buckley’s Hallelujah is the Ultimate Guitar’s most popular tab of all time. It has a 5-star rating with 21,828 ratings and has been viewed 23,271,453 times.

Deciding that anything is “the best” can quickly become an objective discussion.

After all, everyone has their own favorites. A community like Ultimate Guitar where novices and experts create a combination of music interest, popularity, expertise, and application provides a mixture of user-based elements giving a solid idea of what songs guitarist think are the best.

Even if the learning tabs are too complicated, there are several songs with only guitar chords and diagrams that make it easier for a beginner to understand.