Chapman Guitars: What Makes their Instruments Stand Out 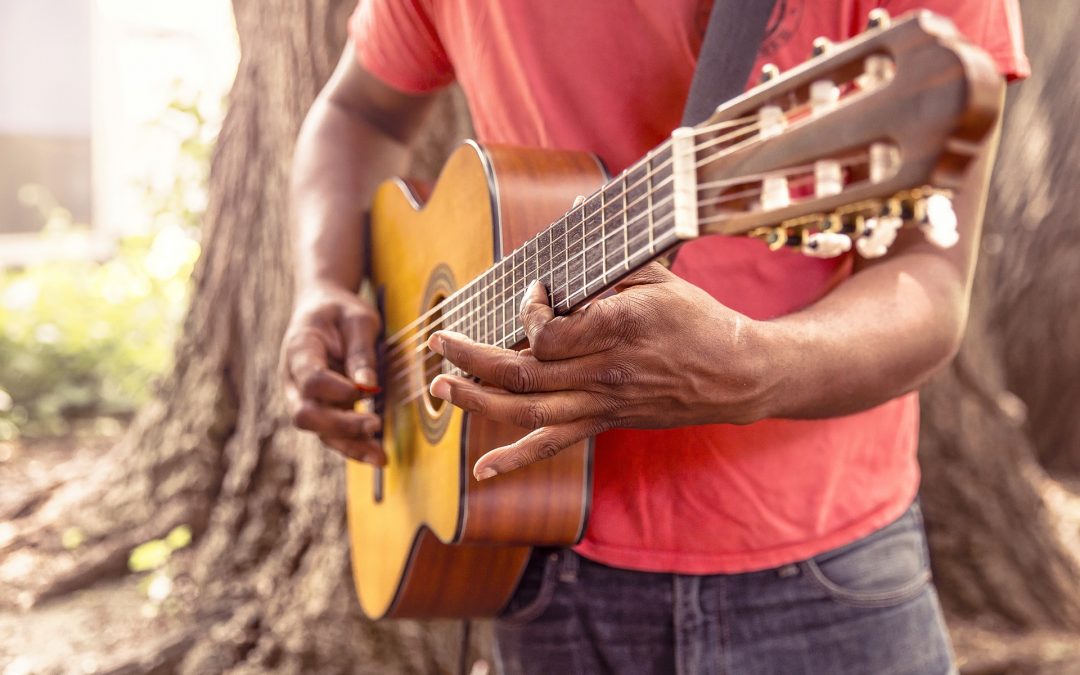 Since it first started producing guitars in 2009, Chapman Guitars has become one of the most recognizable producers of electric guitars - but what led to this explosive popularity? We decided to take a look and see what's really behind the success of this company.

Chapman Guitars was founded by Robert Sutherland Chapman, born in June 1975 in Brighton, England. After graduating from The Institute of Contemporary Music performance (1995), Chapman juggled jobs in accounting and marketing with work as a musician. In 2006, Chapman produced his first instructional video, and the highly positive reception encouraged him to try and take the videos global.

The video channel soon became a hit, and it wasn't long before Chapman began producing content for Andertons Music Co., one of the largest musical instrument companies in the United Kingdom. Despite operating just one store and an online site, the company sells over 400 brands and sells many music products besides their famous guitars.

Chapman's work wasn't limited to Andertons, though. As part of his musical expertise, he also spent some time working as a clinician (demonstrator) for Faith Guitars. The brand's owner - Barnes & Mullins - noted his knowledge and ultimately decided to offer Chapman the chance to design a guitar for them. This was the moment that changed everything.

Throughout the years, companies have struggled to create genuinely new and innovative instruments. Many companies just look at what's selling well and try to improve on that, often with mixed results. Chapman decided to do something different - he opened the design process to the public through a series of internet polls, and he drew attention to them by using his existing popularity on YouTube.

Piece by piece, people were asked to vote on the final build of the guitar. This included questions on the shape, what wood to use, what pickup style to work with, and even what hardware to connect. The final result was the Monkey Lord-1, or ML-1, the first in what would soon become a much bigger line of instruments.

Barnes & Mullins recognized the opportunity they had, and rather than releasing the guitar through the Gould brand as initially intended, they decided to help launch Chapman Guitars. The company itself was founded in 2009, but the first guitars weren't released until early 2010.

The ML-1 had an initial run of 500 guitars, plus a second run that the factory offered. Chapman's goal was to create the best possible guitar at the lowest price, with all compromises shifted to parts that were likely to be replaced later, by the owner. Thus, the permanent parts could have a higher quality than expected for the price.

This was a make-or-break time for the company, and the initial runs quickly sold out. Unfortunately for Chapman Guitars, this was also when the company came close to disaster. The second batch of the ML-1 featured poor quality control, and customers brought up problems like unfinished work and errors in construction.

Chapman Guitars didn't hesitate to address the issue. Production moved to World Musical Instrument Co Ltd., a manufacturing center in South Korea that continues to make some of the brand's instruments. As part of this, Chapman Guitars made it clear that the instruments should be easy to modify - and that's become a major selling point in the years since.

The ML-1 remains one of the most popular models from the company, and many following models were based on this initial creation. Some variations include signature guitars, unusual colors, and specific modified parts.

After the success of the ML-1 (which, despite its manufacturing problems, sold out), Chapman Guitars began to move on to its next projects. Rather than resting on his laurels and sticking with the design people voted on, Robert Chapman decided to continue crowdsourcing the design of his company's instruments.

One of the things that helped the company continue its meteoric rise was the sense of ownership many buyers felt. They weren't just going out to get an instrument after reading reviews on it; they were helping create it. That provided a tie that no amount of advertising could match, and in the years since they've produced more than 30 different variations.

The initial product lines for Chapman Guitars ran from 2009 to 2016, starting with a selection of mass-market models. About halfway through the line, Chapman Guitars began creating its first signature models. The first of these was the ML-1 CAP10, designed around Lee Anderton (owner of Andertons Music Co. and frequent participant in Chapman's demonstration videos).

The National Association of Music Merchants, a trade show located in the United States, is the largest trade-only event of its type in the country, and it was during the 2017 show that Chapman Guitars changed up everything that had come before.

In a move that surprised most of the audience (but has been primarily approved of since), Chapman Guitars used the spotlight of the show to announce that they were splitting the entire model line in half.

The first line announced was the Standard series, to be made in Indonesia. These guitars feature glossy finishes and attractive veneers, but their primary purpose is to be a more affordable, entry-model style. The line began with two versions of the ML-1 (Modern and Traditional) but quickly expanded to several of the other most popular designs.

The second line was the Pro and Signature series, both of which would continue to be made at the original factory in South Korea. Each of these models features higher-quality materials, and they're produced in a variety of configurations to match voting from the community.

Despite the split, Chapman Guitars retains its commitment to democratically designing instruments. Indeed, people have had even more opportunities to get involved than in the past - and that's helped Chapman Guitars continue its rise to become a truly competitive company within the electric guitar market.

One year after announcing the split, Chapman Guitars announced another move - the launch of the British Standard Series. Despite sounding more like their line of affordable units, the British Standard Series is a set of small-run guitars made by a small team in Britain. The instruments are made one at a time, with premium parts and a price to match.

This is a step away from the original philosophy of the company, where Robert Chapman wanted to make a quality guitar available at the lowest reasonable price. That said, the continuation of the (non-British) Standard series means the company remains close to its origin, if not precisely there.

The Secrets Of Success 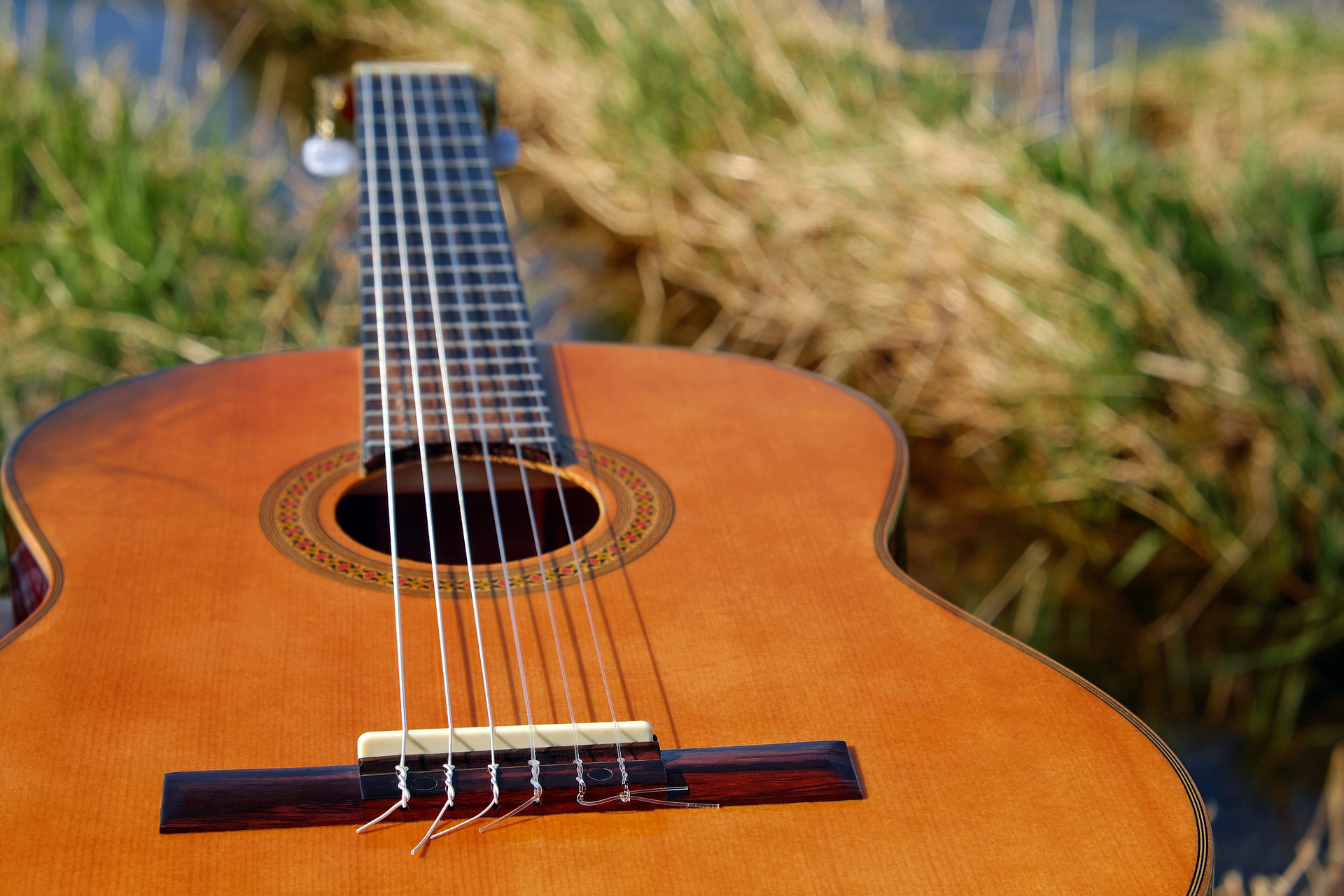 Throughout its decade-long run, Chapman Guitars has increased in popularity - and it shows no sign of stopping its ascent anytime soon.

As we see it, the main reason for this is the company's focus on democratically-designed instruments. It's hard to adequately explain this to people who aren't musicians themselves, but when you spend enough time with different models of the same instrument, you get a feel for what works and what doesn't.

Keep in mind that different musicians have different preferences - while there are popular instruments, that doesn't mean one sound is any more "right" than another. Even a supposedly inferior instrument can be a good choice if it creates the music you want to hear. That said, it does help to produce instruments that many people approve of.

We believe the industry should have tried this a long time ago. In the past, people bought instruments based on what was available - and that wasn't always the same as what they wanted to buy. From the wood and the colors to the strings and tuning keys, each difference has a real impact on the final sound of a guitar.

By allowing people to vote on almost every aspect of an instrument, Chapman Guitars is providing people with what they say they want - and when the guitar isn't quite perfect, the fact that it's so easy to modify means people can change it until they have the instrument they want.

In the modern era, a brand isn't just a way to find other products from the same manufacturer - it's a story and a statement of identity. By allowing people to take part in the story and become meaningful participants, Chapman Guitars has surpassed all expectations and risen to become one of the most notable brands currently on the market.

It's hard to say where the company will go from here. The switch to Indonesian manufacturing for some of its line was met with criticism, with some people feeling the models are overpriced. Only time will provide the answer - but regardless of the future, there's no denying that Chapman Guitars has stirred up the market and promoted real change within an otherwise-stagnant industry.