ESP Guitars: A Brief Company History that Details their Rise to the Top 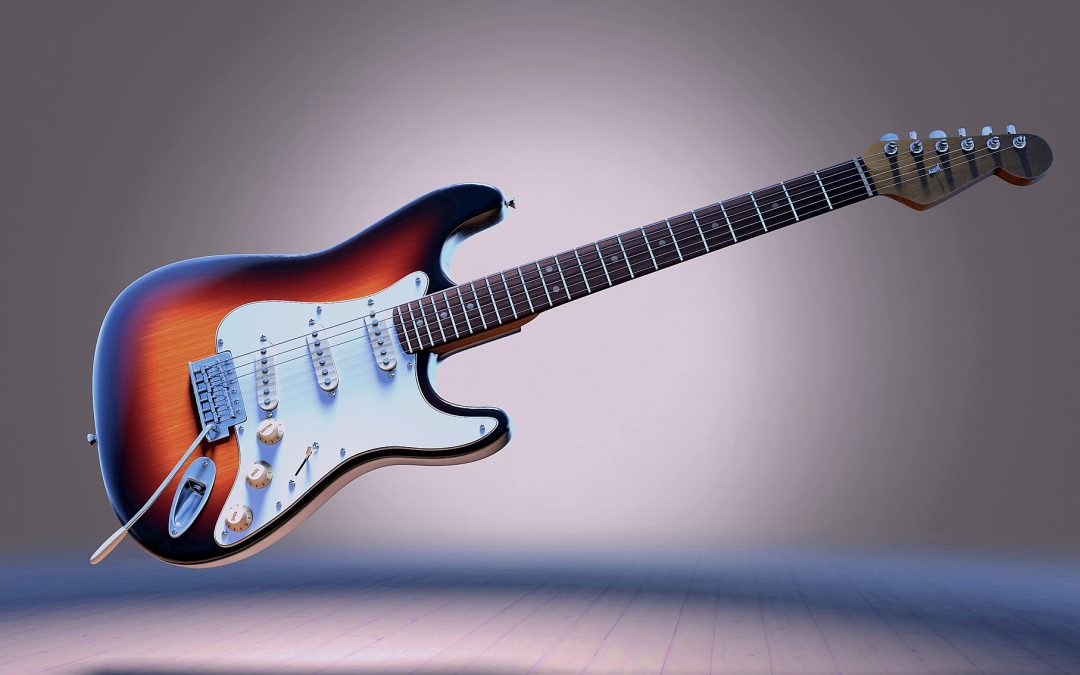 Electric Sound Products, or ESP, has a tremendous following thanks in part to their incredible designs, custom finishes, and a plethora of artists who play their instruments.

Though they’re a well-known name if you’re a guitar enthusiast, their growth hasn’t always been easy.

In this article, we’ll outline their journey and point out many notable accomplishments along the way.  You’ll learn how ESP Guitars got their start, some of the challenges they faced, and where they are today.

We’ll even list a few notable musicians who love their instruments and give you an inside look at some of their most prestigious designs.

Electric Sound Products got its start in 1975 in Japan.  Founder Hisatake Shibuya didn’t start by making instruments. Instead, he followed the path of many other similar companies and began by making replacement parts.

The Japanese market is full of guitar enthusiasts, and their high-end components and custom builds quickly became popular.

Rather than following the path of their competitors and producing parts that were so close to identical that they might be confused with being a knock-off, instead ESP set their sights on making better components.

They found their niche in producing upgraded, higher quality, and more expensive options that appealed to their Japanese customers and eventually to musicians in North America and around the world. 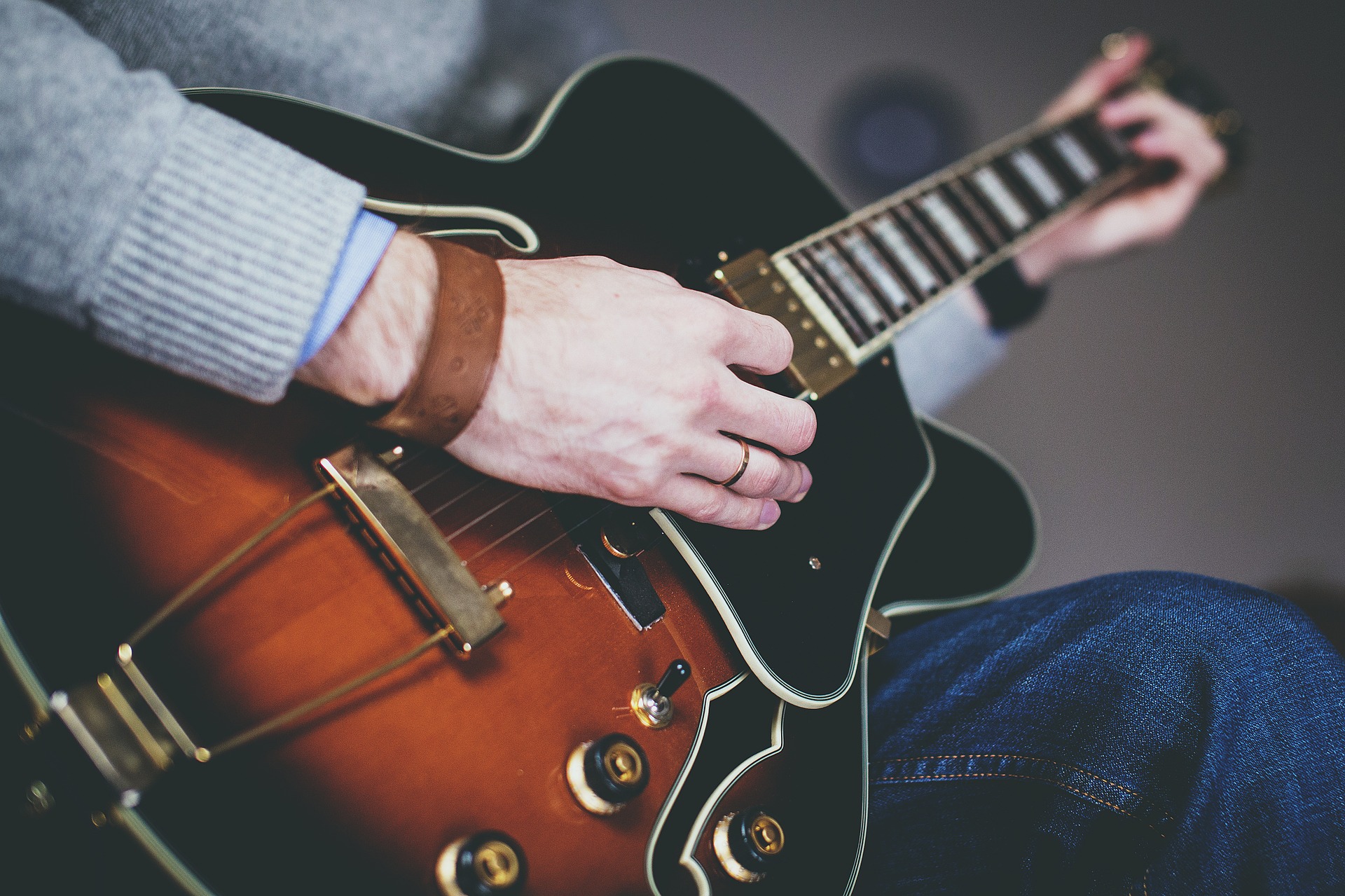 They found their niche in producing upgraded, higher quality, and more expensive options that appealed to their Japanese customers and eventually to musicians in North America and around the world.

They operate under a variety of names, including:

They began making guitars under both the ESP and Navigator brands shortly after they were founded, and though they faced some hurdles, today they operate out of both Japan and Los Angeles.

They have multiple product lines, including options that appeal to the demographics of each of their main markets.  They produce guitars and basses and have models that range from the lower end, entry-level guitars mass produced overseas up to elegant, custom-built instruments with high-end luxury features.

In the late 1970’s, ESP debuted their Japan-only products which include the Grassroots, Navigator, and Edwards lines.

Grassroots models are designed to be their entry-level guitar and have low, affordable price points.  The Edwards and Navigator lines follow the classic Fender and Gibson shapes and specs and mimic the quality and craftsmanship you might find in a Les Paul model.

They were so similar that it prompted a lawsuit in 1978 when ESP Guitars tried to import their products to the US legally.  In Gibson vs. Hoshino, the company was accused of manufacturing their guitars to mimic the Gibson headstock logo and design stylistically.

They ultimately settled out of court and continued to assert that their guitars weren’t meant to be copies.   Instead, they wanted to build luxury guitars with the $4,000 plus price point to match and carve out their niche in the market.

Emerging in the US Market 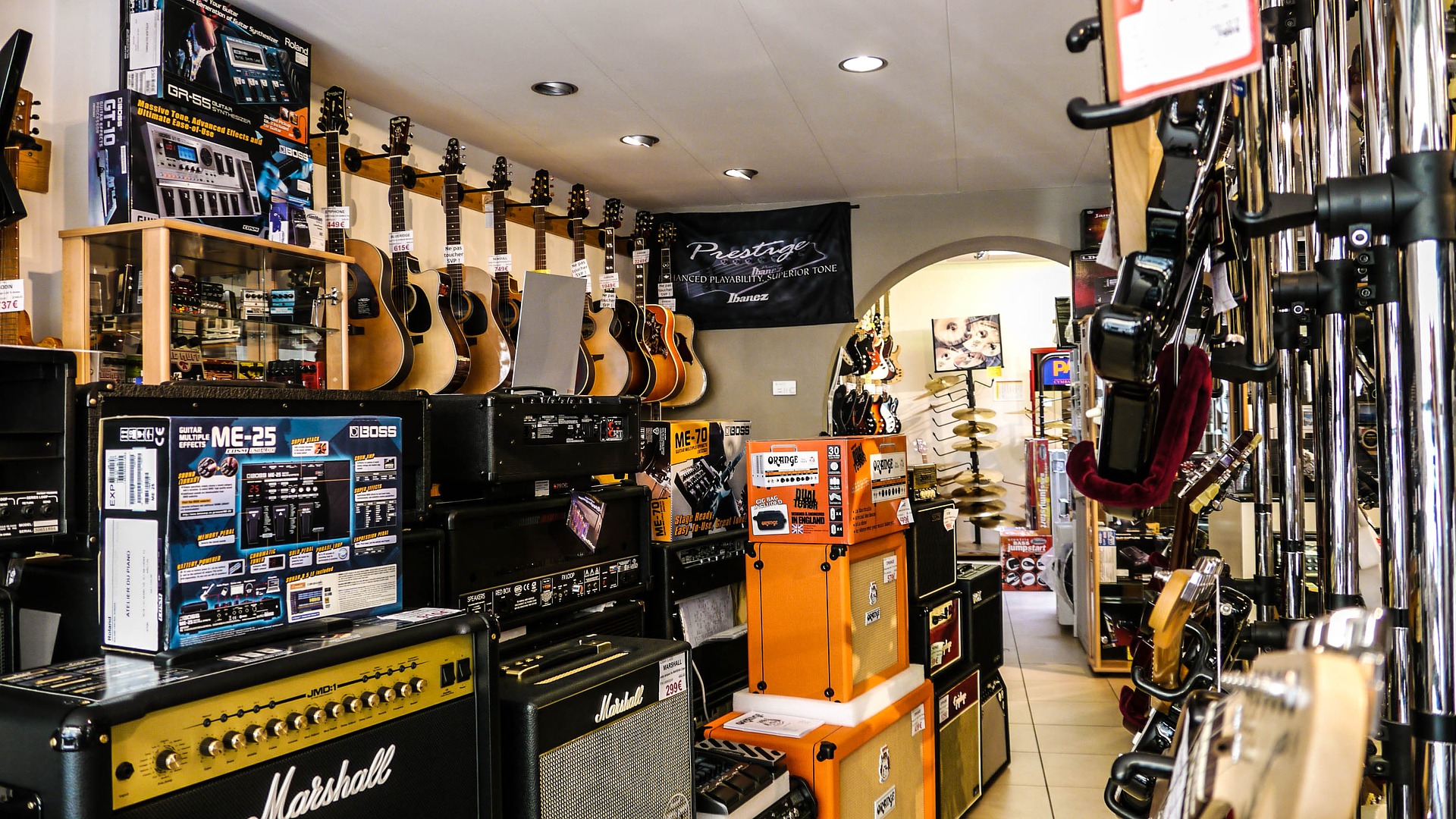 In 1983, ESP introduced their custom replacement parts to the US market.  They started by sending a representative from Tokyo to New York’s Music Row to sell the components to the repair shops located on Manhattan’s 48th street.

During one of these trips, a representative connected with someone from the brand Kramer who decided to use ESP to outsource building necks and bodies for their guitars.  Shortly after the partnership formed, Eddie Van Halen endorsed their instruments, and an ESP following was born.

They began making custom instruments for many local artists, including some who would go on to stardom.  Included among them were Bruce Kulick and Vinnie Vincent from KISS, Vernon Reid from Living Colour, and Ronnie Wood from The Rolling Stones.

A heavy metal guitarist who was playing with his band Dokken, George Lynch, discovered ESP in 1985 while he was on tour in Tokyo.  He was searching for a replacement neck for his guitar, and while visiting an ESP shop, he learned that they also offered custom builds.

The story goes that he immediately purchased the ESP Kamikaze, and partnered with them to create their first signature model guitar.  When fans saw the instrument in Lynch’s hands, things changed quickly for ESP.

The company experienced enough growth during this time that they were able to move their headquarters from their original loft location on 19th Street in New York City to music row in 1989.

In the first two years of the 1990’s, ESP Guitars abandoned the US replacement parts business and decided to focus on expanding their Signature Series and standard product lines.  Today, they offer 41 signature series guitars and also have a robust Custom Shop series.

They moved their headquarters a second time as the music industry evolved and Los Angeles became the place to be.  In 1993, they arrived at their Sunset Boulevard location in Hollywood.

ESP also made changes to their offerings in the states in the 90’s.  In 1995, the company created their LTD series which gave consumers access to their popular, high-quality models but at a lower price point.

After introducing the Indonesian and Korean-made LTD models, the company decided to stop selling most of their Japanese-made flagship instruments in the US because it was too costly to export them.

The single exception was their artist signature series which they kept as an ESP (rather than LTD) model.

Years later, in the early 2000’s, the company saw a demand for their Japanese lines among hard rock and heavy metal guitarists and resumed importing them to the states.  However, they also significantly increased prices from what they were in the early 90’s to cover the rising costs to do so. 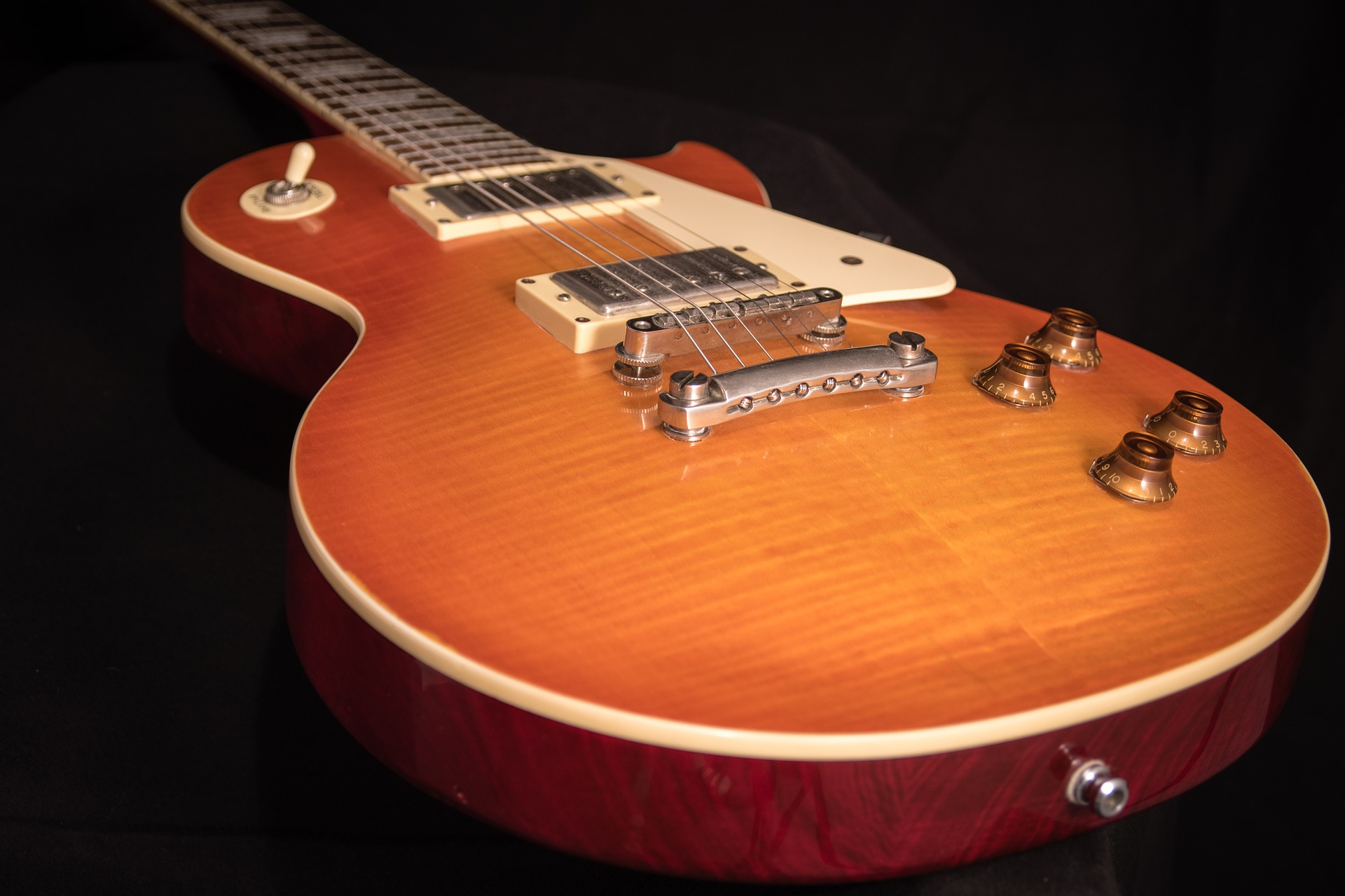 The LTD line, which ESP introduced in 1996, was a significant turning point for the company.  Thanks to the lower manufacturing costs in Korea, China, Indonesia, and Vietnam, these models are offered at entry-level prices which increased their market share exponentially.

The LTD designs attracted popular metal musicians at the time, including artists from Megadeth, Slayer, Anthrax, and the Deftones which lead to a surge in popularity amongst bands and their followers.

Interestingly, they also saw increased interest in their high-end and custom models from customers who love their LTD so much that they wanted to upgrade.  ESP also introduced new made-in-Japan options like the LTD Elite and the next ten E-II model at more affordable prices.

They have continued to evolve through the years to find new ways to increase their visibility, brand loyalty, and appeal to their customers.

ESP licenses images from art, movies, and comic books to use on the bodies of their guitars, and has also opened an American custom shop in North Hollywood where you can see a full run of their high-end Horizon and Eclipse guitars.

The 90’s were good to ESP, and in 2002 the company was ranked as one of the fastest growing in the music industry.

Thanks in part to Fender finalizing the buyout of their main competitor, Jackson Guitar, ESP was able to capture market share.  Many musicians who endorsed Jackson prior to the merger switched their brand loyalty to ESP to stay in line with their metal image.

This includes iconic people like Jeff Hanneman from Slayer, Alexi Laiho, and Roope Latvala from Children of Bodom, Dave Mustaine of Megadeth, and Adam Darski from Behemoth.

ESP also introduced a few new lines during the decade starting with their semi-hollow Paramout series, the Xtone line.

For their 30th Anniversary in 2005, the James Hetfield “Truckster” joined their Signature series, and in 2006 they debuted 22 of their newest Standard and Signature series models at the Winter National Association of Music Merchants (NAAM) show.

Included in their show line up were several well-known artists who signed autographs and showcased their signature guitars were George Lynch, Dave Mustaine, Michael Wilton, Page Hamilton, and Stephen Carpenter.

Over the years, ESP has had several well-known artists endorse, design, and publicly play their instruments.  One of the earliest adopters was Ronnie Wood of The Rolling Stones, but the brand eventually evolved into a favorite among heavy metal musicians.

For example, the KH Models were produced and named after Kirk Hammett from the legendary band Metallica.  Another of the band’s members, James Hetfield, is closely associated with the Snakebyte and Truckster designs.

Today, emerging artists are picking up their instruments like Alan Ashby from Of Mice and Men, Aaron Deal from Darkest Hour, and the band Breaking Benjamin in their “Angels Fall” video.