Fender Jaguar vs Jazzmaster: How to Decide Which to Choose 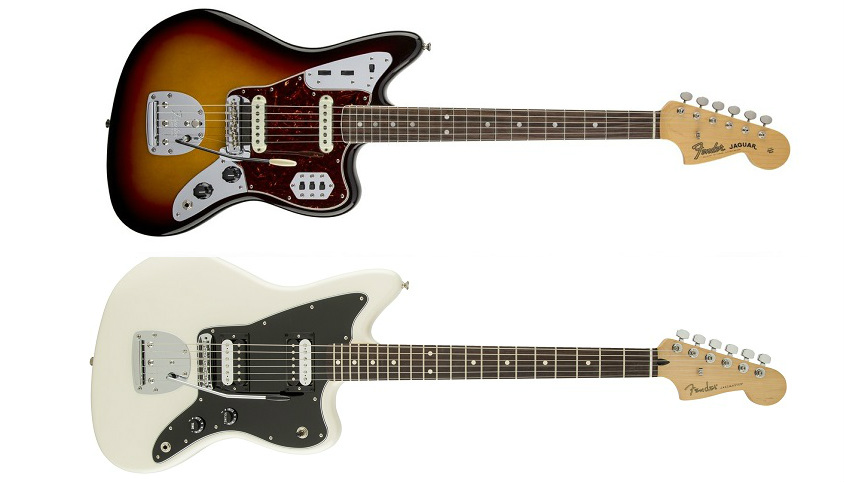 One of the long-standing debates within the music world has been regarding two specific Fender guitars — the Jaguar and the Jazzmaster. Although these two instruments portray a similar look, they are in fact quite different from one another in various ways. Perhaps you are looking to pin down the specifics, to determine exactly what it is that makes these guitars unique. If that’s the case, stay tuned as we take a closer look at the intriguing case of the Fender Jaguar vs Jazzmaster.

Fender Jaguar vs Jazzmaster – Deciding on the Best

One of the first elements we are going to take a look at in terms of the Fender Jaguar vs Jazzmaster is each instrument’s specific build. Housed on the pick guard of each guitar are two separate circuits that work together to create varying sounds. 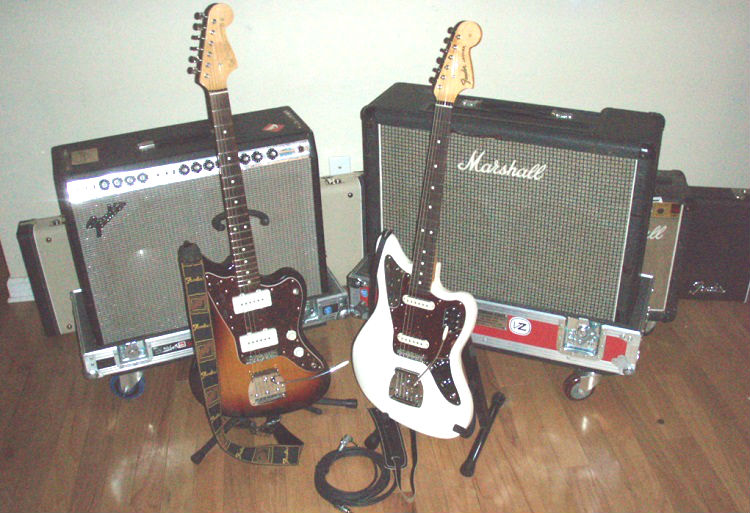 The primary circuits on both of these guitars are quite unique from one another. The Jaguar utilizes three toggle switches, each for different purposes. The first switch engages or disengages the neck pickup. The second switch engages or disengages the bridge pickup. Finally, the third switch provides a lighter twang through the filtering out of lower frequencies. This special third switch works hard to remove the bass-type frequencies usually found within the tone. Instead, it creates a thinner sound that works nicely for either lead or rhythm playing. This makes the Jaguar an especially versatile instrument.

It can be a bit harder for players to at first get the hang of the Jaguar, as it maintains the less user-friendly layout of the two. The Jazzmaster provides a more familiar control layout, but the Jaguar provides access to that lighter twang that just can’t be duplicated. It’s also important to mention the vibrato systems for both of these models. While the system on neither guitar is the most impressive available, utilizing the vibrato is quite simple. Just engage the lock on a single easy-access button, grab the vibrato arm, and there you have it.

Scale length is one of the most pertinent differences between the Fender Jaguar vs Jazzmaster. The distance between the nut and the bridge of the Jaguar is only a 24-inch stretch, whereas the Jazzmaster maintains a larger scale of 25.5 inches. Despite the minor gap in the numbers, the difference in height between the two instruments is extremely obvious when comparing them in person. As an example, the Jaguar is even shorter than a Gibson guitar while the Jazzmaster stands at Fender’s standard height.

Besides that, experienced players will certainly be able to feel the difference while jamming. In terms of string gauge, the Jaguar’s shorter length allows for the use of thicker strings while still being able to perform string bends. The overall feel of the Fender Jaguar vs Jazzmaster when playing is a bit freer, a bit more comfortable. This is due to Jaguar’s slacker strings.

That being said, the Jazzmaster maintains a tighter feel and many players enjoy the slightly longer length of this model. Something to keep in mind is that players who are familiar with both the Fender Stratocaster and the Telecaster will find it especially easy to switch over to the Jazzmaster.

The final major difference between the Fender Jaguar vs Jazzmaster that we are going to take a look at is the overall tone. For instance, the slacker strings on the Jaguar produce a darker sound. In contrast, the increased amount of tension in the Jazzmaster’s strings results in a brighter sound. However, the pickups on both of these instruments somewhat counteract the natural sounds provided by the strings.

The Jaguar’s pickups are similar to that of a Stratocaster, providing a bright sound. Yet, the Jazzmaster’s pickups are shaped quite differently; in fact, they are quite wide in a physical sense, which essentially results in a darker sound. Many users describe the tone of the Jaguar as having the typical Fender twang reminiscent to that of a Stratocaster. But the Jazzmaster maintains a full, more powerful tone.

Something else to note is that the Rhythm Circuit on both of these models was specifically designed to provide players with a darker tone while playing rhythm. The Lead Circuit provides a brighter tone for those playing lead. Knobs found on a section of the pick-guard allow for an easy change in settings when desired. When the switch is in its “up” position, the guitar produces a cleaner, rounder tone than the usual resulting sound of that particular model.

An array of interesting tones can be discovered while messing around and learning the ins and outs of the guitar itself. For instance, easily pair whichever setting you choose on the guitar with a pedal to further enhance, intensify, or completely change the sound, bringing it to a whole new level. Which tone is preferable? That all depends on the player. Some prefer the thinner sound the Jaguar provides; others prefer the fuller sound of the Jazzmaster.

Fender Jaguar vs Jazzmaster – The Verdict

So, now after taking a more in-depth look at the Fender Jaguar vs Jazzmaster. You are probably wondering which guitar is actually the best option. Unfortunately, there is no simple answer for that; it simply comes down to a matter of personal preference. While the Jazzmaster’s hardware is more conventional, the Jaguar better maintains that classic Fender sound.

Whichever guitar you end up choosing, you are sure not to be disappointed. Both guitars are stunning instruments in their own right. Thanks for sticking around for the verdict of the Fender Jaguar vs Jazzmaster.  Leave us a comment below and let us know which guitar you prefer and why.