Fender Telecaster Deluxe Review and Is It Worth It? 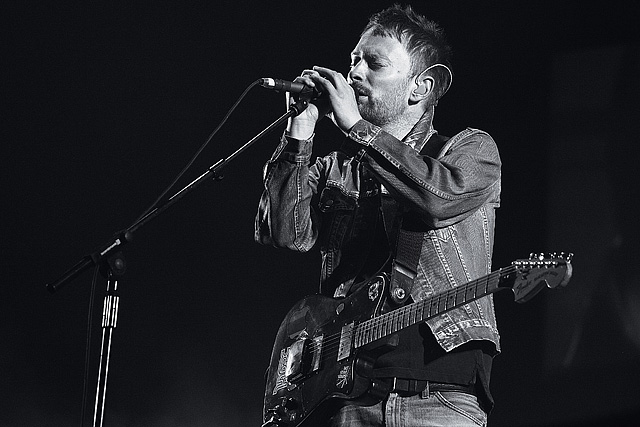 Developed in the seventies to appeal to rock guitarists, the Fender Telecaster Deluxe built upon the familiar Telecaster body shape while altering the electronics to match the sounds of the time. Though it didn’t get much attention during the time of its release and was ultimately discontinued in 1981, the Telecaster Deluxe has gained new appreciation over the years and was reintroduced into the Fender line in 2014. But is it worth it?

The Telecaster Deluxe utilizes the classic body of the original Telecaster, with a few tweaks. A Stratocaster style rib cutout has been added to the back of the guitar to make it more comfortable to play, and the headstock is similar to that of the a strat as well. The body of the guitar is constructed used alder wood, while the neck is made of a single piece of maple with wide frets lining it.

The neck is connected with Fender’s signature bullet trussrod system with a micro-tilt angle adjustment device to ensure smooth playing action. Thanks to the enhanced size of the 12” neck raidus, the Deluxe can accommodate 21 medium jumbo frets. The craftsmanship that went into the construction of this guitar is apparent, and it simply looks great. The hardware are chrome while the finish has an attractive gleam to it, making for one eye catching guitar. 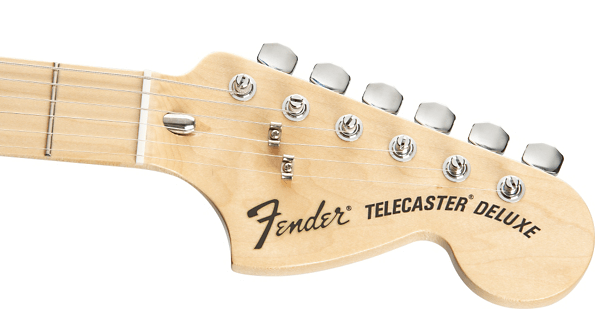 Contrary to the original Telecaster, which featured single coil pickups exclusively, the Fender Telecaster Deluxe was designed with a pair of humbucker pickups. This resulted in a thicker, warmer sound with an extended sustain, which was much more in line with the style popularized by guitarists of the seventies. There are four volume and tone knobs on the Deluxe, as a well as a three way toggle switch for added tone control.

Guitarists are all about tone, and the Telecaster Deluxe has gained a lot of praise for its warm but versatile sound. The three way toggle switch adds a lot of options when it comes to tone control, and mixed with two tone knobs it’s possible to get really creative with your sound. The Telecaster Deluxe definitely has sound quality that exceeds its sticker price.

Another aspect that sets the Deluxe apart is its 12” radius fretboard, which is really great for string bending compared to the standard 9-½” fretboard. The Telecaster Deluxe also features a rib scoop on the part of the guitar that makes contact with your body during play, making it much more comfortable than the original Telecaster body shape. Because this is a solid body guitar, it is heavy than some which may impact playability for some guitarists. However, overall the Fender Telecaster Deluxe is a blast to play, with easy fret action and responsive tone.

The area the Fender Telecaster Deluxe exceeds most in is tone and this is the reason so many guitarists have fallen in love with this particular model. The dual coil humbuckers have a very distinct quality to them that sets the Deluxe in a league of its own, and it’s a sound a lot of guitarists have sought to emulate over the last decade or so. There are other options for guitarists when it comes to getting this sound, but the Deluxe is the most affordable one which has contributed to its popularity as well.

The Fender Telecaster Deluxe is also just great fun to play. The 12” neck radius gives it a very different feel compared to more standard guitars, making it easier than ever to pull of multi-string bends. The small addition of adding the rib contour, borrowed from Fender’s Stratocaster design, goes along way in making this guitar more comfortable when playing, while the high end materials help make the string action as painless as possible.

There’s not much to complain about with the Fender Telecaster Deluxe, but there a few gripes that could be made if we’re getting nitpicky. On the technical end of things, the Deluxe users 250k ohm resistance potentiometers rather than 500k, which simply means that the ultimate tone produced by the guitar is a bit darker sounding. It’s not a major complaint but should be noted anyways.

Another small complaint would be that the pickups of the ’72 reissue of the Fender Stratocaster Deluxe differ from the original run. The reissue uses standard humbuckers housed in a wide range casing. This may be a point of contention for very discerning ears, but there are still plenty of fans of the pickups on the Deluxe regardless.

Here are a few places where you can purchase your Fender Telecaster:

The Verdict – Is It Worth It?

For the money, the Fender Telecaster Deluxe is the most affordable option guitarists have if they want to take home some wide range humbuckers. For players looking to emulate that sound, you simply won’t find more bang for your buck. After all, there’s a reason why so many guitarists adore this instrument and that’s thanks to its top notch tone and high quality craftsmanship. Our verdict is that the Fender Telecaster Deluxe is definitely worth it.