G Chord on Guitar: Tips on Perfecting Your G Chord for Guitar 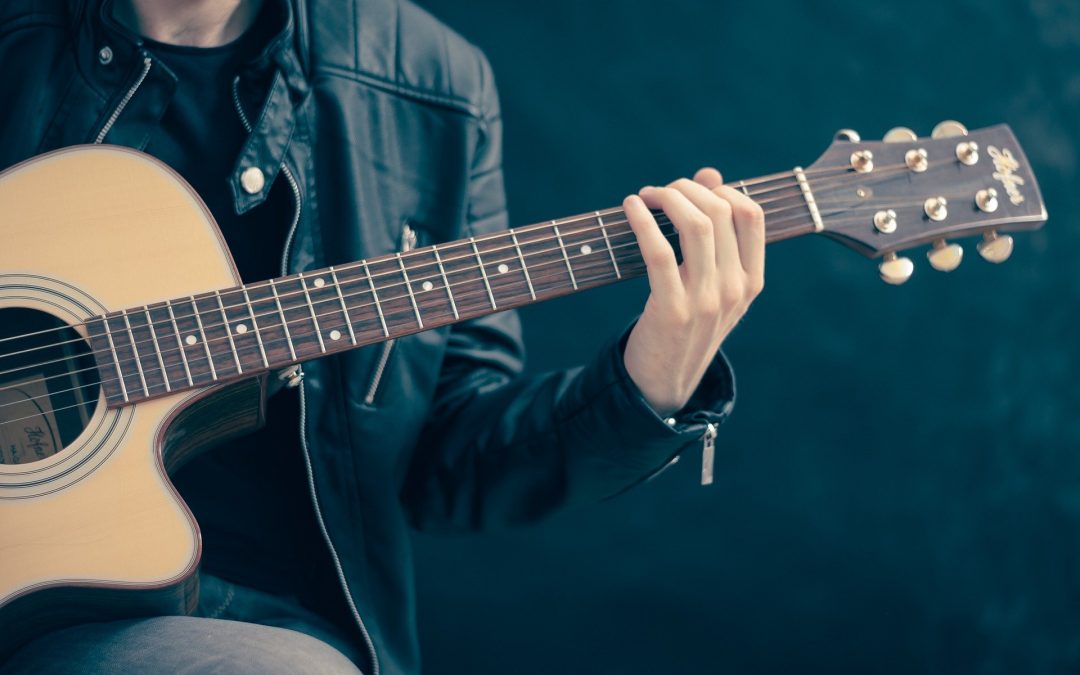 Once you learn that chord, you’ll be able to use it for a lot of songs, both simple and complex. Whether you’re new to the guitar or have been playing for a while, learn the G chord next.

That way, you can improve your playing and broaden your skills.

Learn Ways to Play the G Chord on Guitar

It may sound like the G chord on guitar is one chord, and all you have to do is practice that one chord. However, there are tons of other ways to play that chord on the guitar.

Whether this is your first chord, or you’ve learned others, you should know a few ways to play the G chord. You can learn the chord with or without guitar lessons, and it’s pretty easy either way.

Related Read: How Much Do Guitar Lessons Cost? Prepare to Jam

One of the easiest ways to play the G chord is to use two fingers. Put your first finger on the second fret of the A string, which will make it sound the note B.

Place your second finger on the third fret of the lower E string to make the note G. If you play all six strings, you’ll get a G6 chord, because the notes will read G B D G B E.

The E isn’t part of the regular G chord, but it is the sixth note. If you want to play a G major chord with two fingers, play all strings but the higher E string.

You’ll place your first and second fingers in the same places as the previous chord. Now, you need to add your fourth finger to the third fret on the higher E string.

Strum all six strings to get a full G major chord. You can continue to use this chord for your entire guitar-playing life. But you may also want to learn other ways to play the chord. 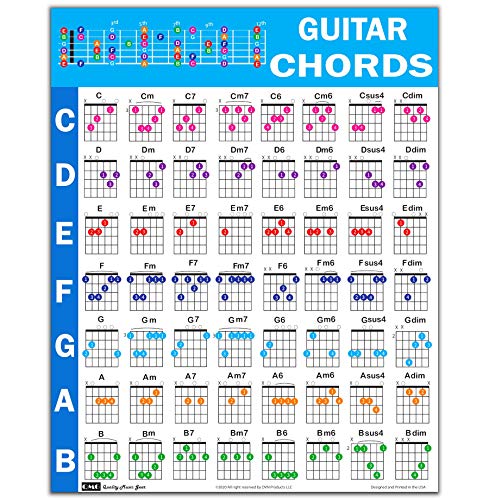 If you want to further expand your knowledge of the G chord on guitar, you can learn how to play it with four fingers. You’ll need to place your first, second, and fourth fingers in the same place as the prior chord.

Add your third finger to the third fret of the B string. While you can play this string open, adding a finger on the third fret will turn the B into a D.

The D is the fifth of the G chord, and it can help provide a fuller sound. And you can easily work up to playing this chord with the two prior versions.

If you struggle to use all four of your fingers, the options for the G chord don’t stop there. You can play a G major chord with only one finger, which is useful for beginners and advanced players.

Place your first finger on the third fret of the higher G chord. You will play the four top strings: D G B E (sounding a G). If you’re used to strumming all six strings it can be hard to get used to the change.

But the chord comes in handy when only using those four strings. And it’s great when switching between more complex chords where you don’t want to move all of your fingers quickly.

Learn and Practice Other Types of G Chords

The next big tip for learning the G chord on guitar is to learn the different types of G chords available. Not only can you place your fingers in new spots, but you can create different tonalities.

G major is the most common type of G chord, and it’s what you’ll get when you play any of the chords before this. But you can also play G minor, augmented, and other types of chords.

These can help you change the overall sound and mood of the music. And you can use certain chords, like G minor, a lot in your playing.

Major and minor chords are the most popular types in music theory. The G minor chord shares two notes with G major: G and D. 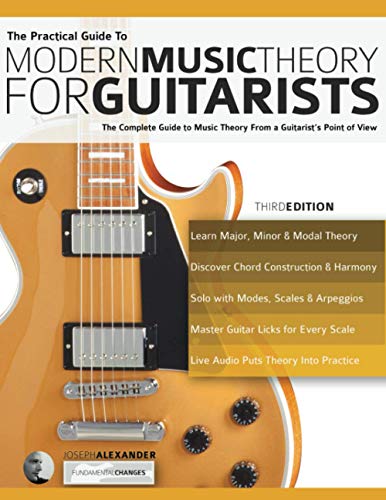 However, it lowers the B by half a step to B flat. That makes the chord sound sad, and G minor is one of the saddest minor chords and keys out there.

One way to play G minor is to take the four-finger chord from above. Move your first finger from the second to the first fret on the A string to get the B flat.

The G7 chord is popular in rock and blues, and it adds a note to the G major chord. Altogether, a G7 chord uses the notes G, B, D, and F.

You can play a G7 chord using the same basic structure as the two-finger G major chord. However, you’ll need to shift the fingers so that you use your second and third fingers.

Then, your first finger will be open to hold down the high E string at the first fret. That way, you’ll be able to play the F as part of the overall chord.

The G7 chord uses what musicians call a minor seven, the interval between G and F. However, you may also want to play the G major7 chord, which uses an F sharp instead of F natural.

You’ll need to shift your fingers a bit, but you can use the same structure as the G7 chord. The third finger will stay in the same place, but switch the positions of your first and second fingers.

Then, move your second finger to the second fret of the high E string. Doing that will give you an F sharp.

Another common G chord on guitar is the G9 chord, and it uses a ninth, which is an octave and one note above the bass note of G. The A can add some extra color to the chord, and it’s great for playing jazz.

When playing this chord, be sure to avoid the lower E string. While that can be a nice sound, it’s not part of the standard G9 chord.

The G7+5 is very similar to the regular G7 chord. This chord raises the fifth, and its shape is quite different from some other G chords.

You’ll need to use all four fingers and place them on the following:

The order of the notes from bottom to top is F B D G. It can sound a bit strange at first, but make sure you don’t play the two open strings.

A similar chord to the G7+5 is the G7-5. This chord is very similar, but it lowers the fifth by half a step instead of raising. You’ll use the same basic structure as the previous chord.

However, you’ll need to play the second fret on the B string instead of the fourth fret. You may have to move your fingers around to find a comfortable position.

Either way, be sure you keep from strumming the A and low E strings. That way, you’ll hear the correct notes for the G7-5 chord.

Another important G chord on guitar is the G6 chord. If you review the two-finger chord from the beginning, that’s the easiest way to play a G6 if you use all six strings.

The chord uses the same basic notes of G, B, and D. But the E can add some extra character. Playing that chord can also get you an E minor7 chord, which uses the same notes.

Once you decide which G chords to learn, you need to incorporate them into your practice routine. While you don’t have to practice every day, you should do so at least a few times a week.

That way, you can review each of the G chords you’re learning. If you go too long between practicing, you may forget what you worked on the last time.

Take about 10 or 20 minutes a day to go through the chords. Strum each one a few times to help build muscle memory. And if you’re a new guitar player, you may want to practice less at a time to build up your finger strength.

Put Them to Music

As you learn a few G chords, you may be able to memorize them. But practicing the chords is only so fun when all you do is strum a few times a day.

Look for songs that use the G chords you’re learning. Then, you can practice using the chords and shifting between them and other chords.

Get a songbook with some popular songs. They may not all use G chords, so focus on the songs that do have the chords you want to build your skills.

Learning anything new can take time, especially the guitar. Some of the G chords use complex finger placements, and those may not come naturally at first.

Create a practice schedule that you can stick to and plan which chords you’re going to work on each time. Then, you can make the most of your practice, even if you only have a few minutes to play.

Over time, you can get the hang of the various G chords. Soon, you’ll be able to learn even more chords so that you can play your favorite songs.

Even as you start learning to play the G chord on guitar, you may have some questions. Here are some common queries and their answers.

Why does the G chord matter?

If you can play the G chord, you’ll open yourself up to a lot of songs. And you have plenty of options to create the chord.

Why is the G chord so hard?

Certain versions of the G chord can be difficult when you first learn to play them. Some of the chords use all four of your fingers, and you may not have experience with that.

Other G chords don’t involve all six strings. If you’re used to strumming freely, you’ll need to practice controlling which strings you play.

How do you practice the G chord?

The easiest way to practice the G chord is to just strum it. You can also use fingerpicking if you want to focus on that technique.

If playing the chord alone isn’t interesting, look for songs that use it. Examples of songs that have the G chord include:

Many other songs use the G chord. Look in a songbook or online to find other songs you want to learn that use different G chords.

Whether you want to use one or two fingers or test yourself with all four, you can make a lot of music with the G chord. Then, you can use it to learn even more chords and songs.

What was the first chord you learned? Let us know in the comments below.