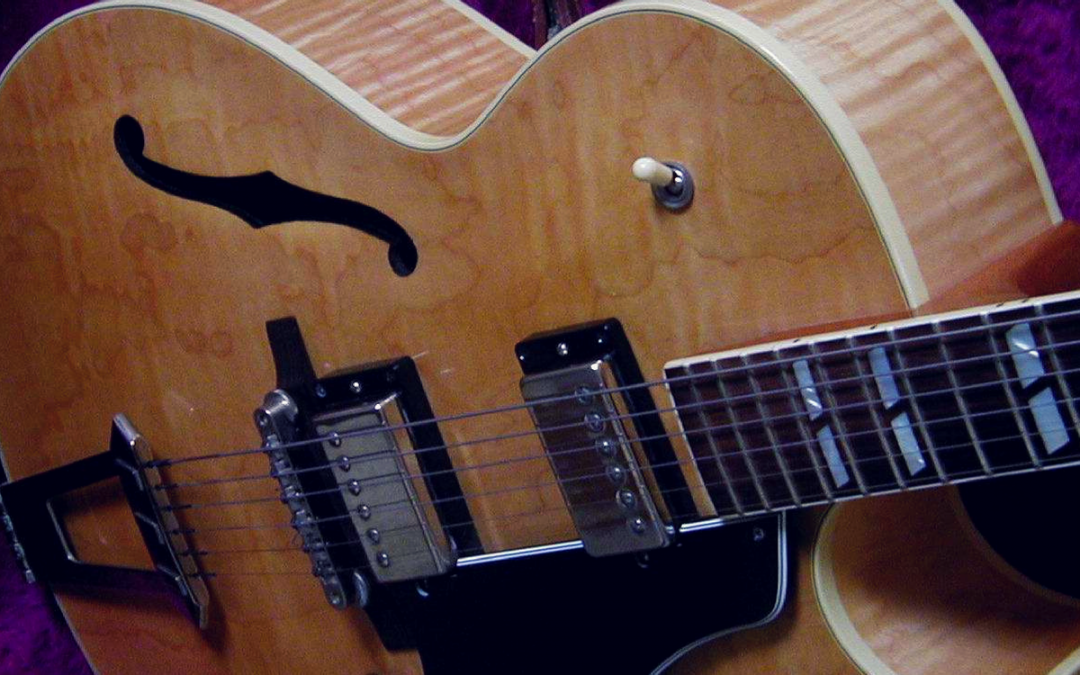 When Gibson developed the ES-175 electric guitar in 1949, the company started small — introducing just 129 of these elegant instruments.

Despite its small beginnings, this guitar had a revolutionary impact on the world of jazz and was prized by musicians like Pat Metheny, Joe Pass, and Howard Roberts. Mixing down-home playability and comfort with a crisp tone, the ES-175 leapfrogged over several genres and made its way into the world of good old rock ‘n roll, becoming a favorite among musicians like Keith Richards and Yes’s Steve Howe.

And for Howe, nobody gets to play his baby. Well, almost nobody. In an interview with Guitar World’s Damian Fanelli, he admits he made one exception.

The Gibson ES-175 Is a Sight to Behold

When he purchased his ES-175, Howe said he just stared at it for several days; he was in such awe with this beautiful guitar.

“The 175 is a brilliant guitar,” he noted. “The parallelogram inlays are beautiful, the whole guitar is beautiful. I looked at mine for hours, if not days. I just stared at it.”

Finally, inspiration began to seep in.

“But a guitar’s no good if nobody’s played it,” he said. “And when you play a guitar, you have to warm it up; it doesn’t sound good straight away. You need at least 20 minutes. The guitar’s sound changes. We don’t know why, exactly, but as the wood moistens and you play it, it starts to sound like a guitar. Before that, it’s a piece of wood with strings stretched across it. A new guitar is like a new baby. It doesn’t know a lot, it needs feeding. And your feeding is playing.”

And if his house were on fire, what would he save, once he knew his family and pets were safe? Why, his beloved Gibson ES-175, of course. Howe said he would rescue his Martin 0018 as well, but the ES-175? That “would take precedence.”

Metheny was equally devoted to his ES-175, having purchased it in the summer of 1968 for just $100. The guitar was advertised in a local newspaper for $125, and while he didn’t know which model the guitar was, he was still excited. 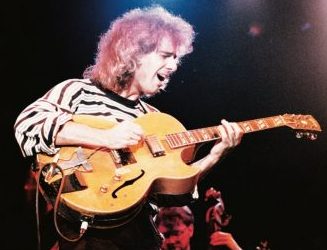 “I remember the sensation of knowing it was a Gibson guitar but not knowing which Gibson it was. I can remember very well going to this guy’s house and opening up the soft case to find this gorgeous guitar,” he said. “Of course, at the point it looked brand new.”

It wound up becoming a huge part of his life.

“My 175 is the one thing in my life, other than my family, that has been completely consistent. I had a Gibson L5. I played a Les Paul for a while. I was trying everything I could and it was a bit frustrating because I couldn’t get the sound I wanted,” he said. “My 175 had been sitting under the bed for about six months while I flirted around with these other instruments and then one day I got it out again. All of a sudden it felt right, that it was the instrument I should be playing.”

Other guitars paled by comparison.

“It became the thing for me, and it remains the standard by which all guitars are judged.”

And this guitar has several attributes that make it easier to play.

It’s the first Gibson electric guitar to feature a Florentine cutaway (the upper part of the instrument that curves into a point alongside the neck), which makes it easier to access the frets. It also features the trademark Gibson rosewood bridge.

During the first few years, this guitar was equipped with only one single-coil  P-90 pickup, but in later years, a model featuring two P-90 pickups was featured. This package was updated again, in 1957 when two humbucking pickups were added. Humbuckers are really good at doing two things in particular — suppressing outside interference, and producing a sound that’s expansive and warm. And that’s in contrast to single-coil pickups which create a snappy, somewhat crisp sound.

These humbuckers work well because they are controlled by two volume and two tone potentiometers along with a three-way selector switch. That’s what moderates the tone and kicks outside noise out of the way. 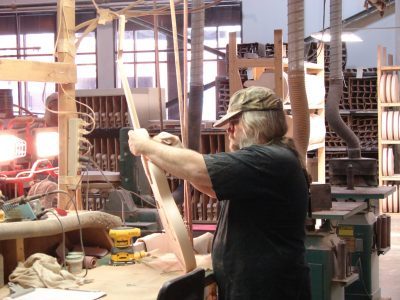 The Gibson Memphis ES-175 is the reincarnation of its 1957 predecessor, and craftspeople manufacture it in the company’s Memphis Custom Shop, in Tennessee. Like its ancestor, the body of the Memphis ES-175 is 16 inches wide, 20 inches long and three inches deep. Made from curly laminated maple on the front, back, and rims, this guitar comes in shades of wine red, antique natural, and vintage sunburst. Capped off with a one-piece mahogany neck that supports a 20-fret fingerboard embedded with mother-of-pearl split inlays and featuring the traditional tulip-shaped tuners makes this guitar genuinely stunning.

And the Gibson ES-175 has a twin: The Epiphone ES 175. There’s a simple reason for this; Gibson Brands, Inc. is the parent company of the Epiphone. Like Gibson, Epiphone is allowed to use the famed Les Paul name, and follow the company’s specifications.

Perhaps the most distinctive thing about this guitar, whether it’s a Gibson or an Epiphone, is that it can express a range of sounds that range from bell-like to a gruff purr. It’s simply a lovely package.