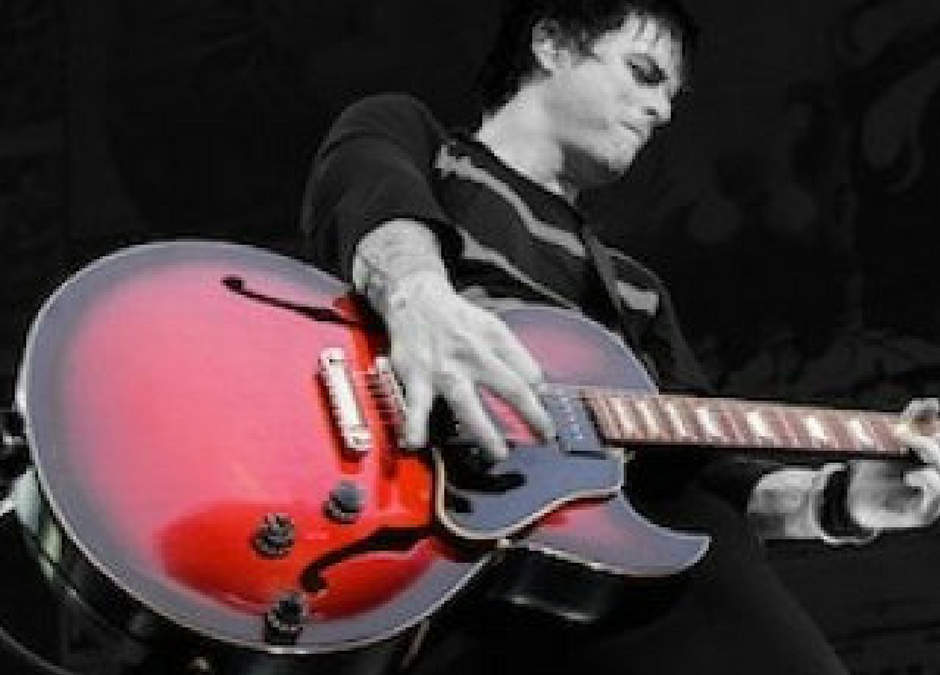 Over the decades, Epiphone and its parent company, Gibson, have released a number of Gibson Les Paul special guitars that are beloved by many musicians. This includes Green Day frontman, Billie Joe Armstrong.

When he’s in buying mode, he searches for that guitar sound which matches the imaginary tone that lives in his head. And that means he has a huge assortment of Gibson Les Paul and Epiphone special model electric guitars, Gibson.com notes. 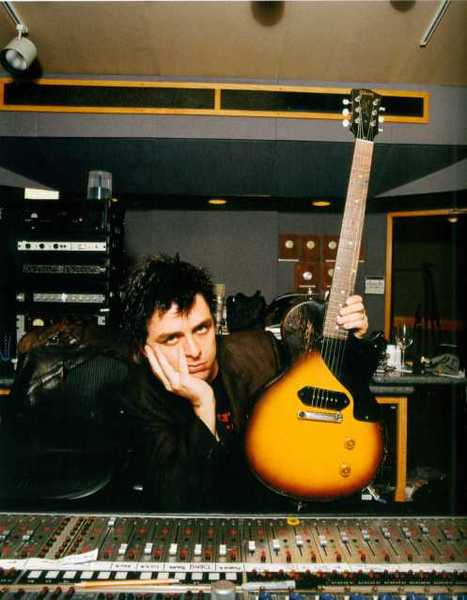 Green Day’s Billie Joe Armstrong with one of his many Gibson Les Paul and Epiphone special model guitars.

But he has one favorite — a 1956 sunburst Les Paul Junior, which he’s nicknamed “Floyd.” And he’s a die-hard fan of this model. “I’ve got about 20 Les Paul Juniors from the ‘50s,” he said. “I got anything from Specials to the regular single dog-ear pickup to the TV-colored and sunburst. I pretty much got all the ones that they made basically from 1955 to 1959-60.”

While Floyd is still his favorite, he recently added another Gibson Les Paul special to his hoard. “Floyd is still my favorite, but I recently bought a ‘56 Les Paul Custom Black Beauty, and it’s a close second. I have about 30 vintage Les Pauls now, and I love them all.”

The Les Paul Jr. earned a reputation as a student guitar but soon became popular with guitarists who liked its raw tone and the single pickup. “You just get to hear what the guitar sounds like,” Billie Joe noted. For guitarists interested in this unique sound, Gibson has introduced the Billie Joe Armstrong Les Paul Jr. This beautiful instrument features the powerful single-coil P-90H pickup and the famed solid mahogany body and neck. Couple that with nickel hardware and this guitar plays like a dream. Owing to modern sensibilities, this Les Paul Jr. comes with a narrower neck for easier handling. “This is more of a ‘60s neck, so it’s easier to play and get your hands around, whereas the ‘50s necks were a bit thicker,” Armstrong noted.

But what seals this deal is the P-90H pickup, which he collaborated on with Gibson. This is a pickup that’s punchy, with plenty of snarl without any of the 60-cycle hum that plagues most traditional single-coil pickups. It sounds complicated, but it was a problem that was pretty easy to solve. Gibson’s engineers merely stacked two single-coils on top of each other. That canceled out the hum most humbuckers usually produce. With a few minor adjustments, the vintage sonic characteristics of the single-coil could be heard once again.

“For years I have been looking for a guitar sound that could live up to the guitar tone I
hear in my head. The first time I played my 1956 Les Paul Junior guitar, it matched that
tone perfectly. Les Paul Junior guitars can reproduce the punch of power chords and the
power of big open chords with perfect string definition.”

Easy accessibility to a guitar’s higher frets was also a concern for Armstrong, and for Green Day’s trio of albums — Uno!, Dos!, Tre!, Gibson introduced another model named for the band’s frontman: The Billie Joe Armstrong Les Paul Junior Double-Cut electric guitar.  And like “Floyd”  this Les Paul double cut model also comes with that killer Gibson P-90 pickup. By using traditional Alnico-V bar magnets and 42 AWG wire and a vintage-style wraparound bridge, this double-cut electric guitar can sustain with added punch and keep its tone. Throw in a slimmed-down neck, a high-gloss “TV Yellow” finish and Billie Joe’s characteristic “Adeline Skull” image on the pickguard, and you’re in a real win-win situation. 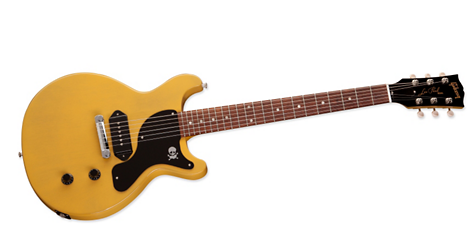 There are other Gibson and Epiphone special model guitars. This one in particular — the Epiphone Les Paul Special II is marvelous if you’re just learning the guitar. And, as Epiphone’s most popular Les Paul Guitar, it’s a powerful machine with a great sound. Pros also love this guitar precisely because of its power and because it’s inexpensive, which means they can leave their pricier axes at home. What’s also nice is that it comes with a warranty that features customer service 365 days a year.

For traditionalists looking for a special double-cut guitar, Gibson also offers the Les Paul Junior Double-cut guitar. Introduced in 1954, this guitar comes in a brilliant gloss yellow or cherry, and with its raw-powered single-coil P-90 pickup, it will wake you up in the morning. This guitar has the traditional mahogany body, which creates greater resonance, and sturdy glued-in neck that augments the guitar’s already vast power and depth.

Favored by many top guitarists, some people believe that using just one pickup — located right at the bridge — gives this guitar its notable sustain and resonance. Because there’s more wood at the neck/body joint and no magnet in this area which would otherwise “pull” the strings, it’s an efficient way to bolster the power of this marvelous instrument.

And here’s the thing about mahogany: It’s a medium-dense wood that gives these guitars plenty of resonance and sustain. It offers a gorgeous tone that’s rich, round, and warm that carries a high-end sheen and offers up a good mid-range presence.

But perhaps Gibson puts it best:

“The combination of mahogany’s tonal properties and the Les Paul Jr.’s simple design have long been recognized as a magical combination, a design that offers all the natural response of the wood without hindrance from superfluous hardware or decorations.”

While this double-cut is built to last, Gibson tried something a little different with the neck, specifically for the fingerboard — using African Obeche wood, which is dark, dense and sustainably grown. It’s a
simple, yet no-nonsense wood that boasts no inlays. However, it also adds to the resonance of the Gibson Les Paul Doublecut electric guitar.

And resonance is never a bad thing.