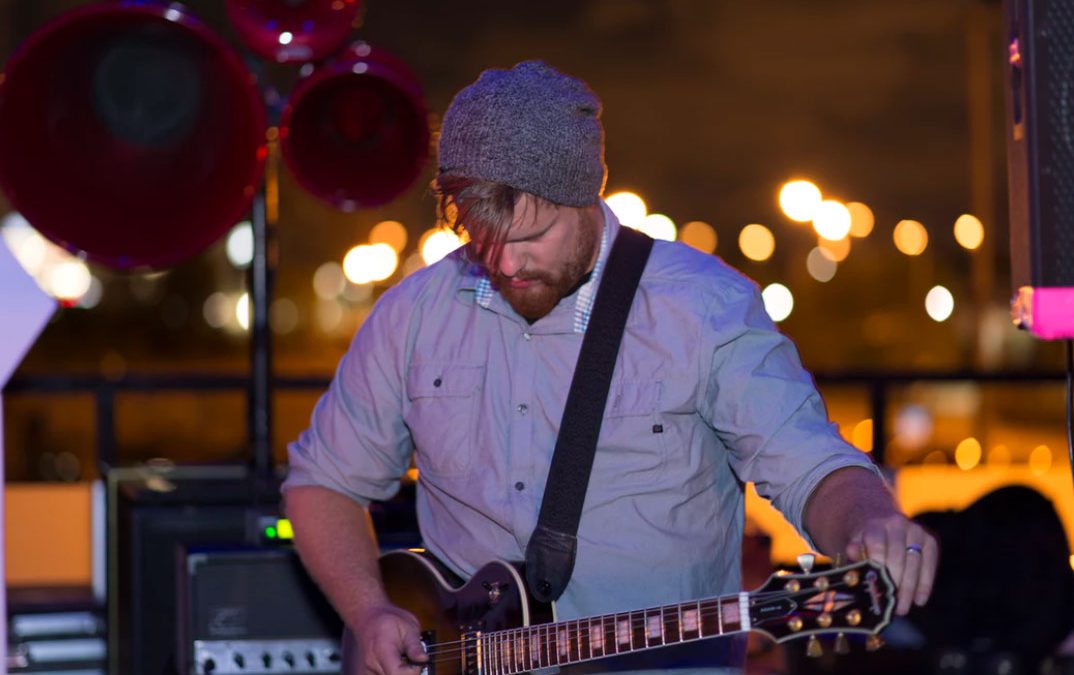 Setting out to write the definitive list of the greatest guitar solos of all time is extremely ambitious--too ambitious for us, as it turns out. Instead of creating the list, we’ve compiled a list. Who belongs at the top? Read the list and decide for yourself.

How We Chose Our Rankings

What we wanted to do here with this list was to tease out the stories behind the famous songs. Who were the artists behind the songs and how did they get to where they were making music that left marks on whole generations? There’s a chance, even if you’ve been studying rock and roll for decades that there’s a new story here that you’ve never heard before.

We also pulled a lot from lists put out by publications like Rolling Stone and Guitar World, who have themselves created lists based on the opinions of the best guitarists and music insiders.

You didn’t think we could start with anyone but Jimi, did you? Jimi was a legend in almost every way, and this remake of Bob Dylan’s song is a four-minute orchestral masterpiece, deftly weaving melodic stories in and out of the main rhythm. Dylan later famously pointed out that the song didn’t belong to him anymore--and he’s right. Hendrix takes it to another level.

This is not the only Hendrix guitar solo that belongs on a list of greatest guitar solos, but it does showcase some of the reasons Jimi tops most “greatest guitar players ever” lists. Hendrix was able to think outside of the box creatively, used wahs and unique chord progressions and even used his thumb on the opposite side of the fret, something not usually done. 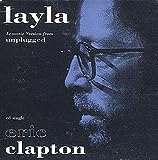 Eddie Van Halen says Eric Clapton is the only guitar player he’s ever been influenced by, and Layla is one of the most iconic Eric Clapton songs there is. Played with Duane Allman, a legendary guitar player in his own right, Layla was originally written as a ballad. It was inspired by a Persian poem of unrequited love as well as Clapton’s as-yet unrequited love for his friend’s wife, Pattie Boyd.

Interestingly enough, Boyd later divorced her husband (and Clapton’s friend, George Harrison), and married Clapton, who then went on to write another legendary rock song, Wonderful Tonight, about her.

It was Duane Allman, however, who composed Layla’s signature riff, making it into a rock song instead of a ballad--and landing it on our list.

Stairway to Heaven
Buy on Amazon

Led Zeppelin is unequivocally one of (if not the) top rock bands of all time, and Jimmy Page’s influence within the band is just as certain. In a 2014 interview with the BBC, Page explains that Stairway to Heaven, a song many consider to contain one of the greatest guitar solos of all time, was designed for a solo.

Page, who wrote the majority of Zeppelin’s music, opened the song with a “fragile, exposed acoustic guitar” that accelerates musically and emotionally till it hits the fanfare that precedes the solo.

And what a solo it is! No clinging to convention here--Page’s music and guitar licks combine in an unforgettable way with Robert Plant’s lyrics claimed by progressive rock, folk rock, and even hard rock.

Satisfaction has been covered by Otis Redding and Aretha Franklin, but it’s the three-note riffs from the Rolling Stones’ guitarist Keith Richards that have our heart. Richards’ work on the guitar is often overshadowed by Mick Jaggers’ vocals, but it’s the guitar’s powerful moods and impressive chords that allow Jagger to move so fluidly through the Stones’ music.

There are few songs more iconic and easily recognizable today, and even fewer that continue to feel relevant--Satisfaction is both. Special note: for a fun treat, check out this 1981 concert video, where Richards, in the middle of performing Satisfaction, takes his guitar off to belt a fan crashing the stage, and then casually throws it back around his neck to finish the song. 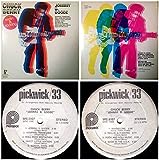 Johnny B. Goode
Buy on Amazon

You might not know Chuck Berry by name or sight, but you know him by one of the most easily recognizable rock songs ever, Johnny B. Goode. Starring a poor country boy who makes bank as a musician, Berry’s distinctive fuzzy guitar licks are unmistakable.

Berry’s background and skill are in part because of his jazz training. He had an attitude that no one else has succeeded in copying, and he brought a blues quality to his rock songs that’s hard to ignore. Keith Richards, the Rolling Stones’ guitarist, has talked about how much Berry influenced him, and when you listen to Johnny B. Goode, you can see why. 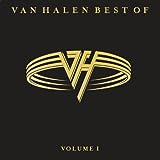 Eddie Van Halen could do riffs like none other, and he shows off his skill on Eruption. He perfected a strange finger-tapping technique that allowed him to get textures and harmonics out of his guitar nobody else could--in fact, sometimes his guitar doesn’t sound like a guitar at all.

Lynyrd Skynyrd’s Freebird has achieved anthem status since the band first recorded it back in 1973. The half ballad, half rousing guitar solo became something of a legend and an inside joke--it’s not uncommon to hear audience members of other shows yelling out “Freebird!”

The song can go on for close to fifteen minutes, but it never seems too long. Often in concert, the band adds powerful piano solos as well as bird chirp guitar sounds - like in this 1977 concert in Oakland - just three months before band mainstays Steven Gaines and Ronnie Van Zant would be killed in a plane crash. In it, Allen Collins does most of the guitar work, which is fitting since it’s his work found on the original recording.

The Thrill Is Gone 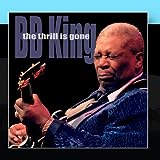 The Thrill Is Gone
Buy on Amazon

B.B. King was deeply rooted in the blues tradition he saw growing up in Mississippi. He developed a distinct sound, in which he lets his guitar (he calls her Lucille) do some of the singing. Here’s a quote from an interview he did with Guitar World:

"People ask why I don’t sing and play at the same time, I’ve answered that I can’t, but the deeper answer is that Lucille is one voice and I’m another. I hear those voices as distinct. One voice is coming through my throat, while the other is coming through my fingers. When one is singing, the other wants to listen.”

You can hear King’s short, staccato bursts on the Thrill is Gone, one of his many classic hits. 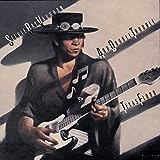 Pride and Joy
Buy on Amazon

Stevie Ray Vaughan is the blues-rock singer who simultaneously put Austin, Texas on the map and revived the dying guitar sound in the 80s. Pride and Joy and Texas Flood are both Stevie hits that frequently make it to greatest guitar solos lists, but we include Pride and Joy here because it was the first single on Stevie’s first album.

There’s an equally good case, however, for including Texas Flood in this spot, since it’s those opening wails that have cemented Stevie as a guitar force in many of our minds (and hearts). On Pride and Joy, Stevie’s guitar solo alternates between deep growls and soaring notes, making it as unforgettable as the lyrics themselves (which he also penned).

Queen - We Will Rock You

Queen - We Will Rock You
Buy on Amazon

It’s Freddie Mercury’s vocals that first draw us to Queen and Bohemian Rhapsody is certainly some of his finest work as a songwriter. But it’s Brian May on the guitar who manages to create one of the greatest guitar solos of all time.

May explained years later that it wasn’t Mercury’s original plan to have a guitar solo, but May envisioned something orchestral and more than just an echo of the vocals. What he ended up with is memorable beyond any doubt. It’s somehow his own and Mercury’s at the same time and--what else can we say? It’s Queen.

The Dark Side of the Moon has been one of the most successful albums ever, so it’s fitting we include one of the most iconic guitar solos from that album. David Gilmour is often underlooked by fans and music critics, who instead focus on sound engineer Alan Parson’s incredible technical skills.

What most people don’t realize, however, is that guitarist David Gilmour’s sound was rarely touched once recorded. What you hear from him on the guitar is what he played, and he was able to make magic happen with just a fuzz box, a “bright eq setting,” and a delay. His secret, however, was playing so loud that he was at or near the feedback threshold.

However he got there, his guitar solo on Time is genius.

Most of the greatest guitar solos on this list come out of the 60s and 70s, but we’d be remiss to pass over Kurt Cobain’s Smells Like Teen Spirit. It’s considered one of the best songs ever, and it came about almost by accident--a friend of Kurt’s wrote that he smelled like teen spirit on his wall, referencing Kurt’s girlfriend, who wore a deodorant called Teen Spirit. Kurt knew nothing about the deodorant but was inspired by the anarchist sentiment behind the casual statement.

The guitar riffs, themselves, are something of an accident. Kurt’s bandmates didn’t like them at first; it wasn’t till they repeated them over and over again that other band members begin to make the changes the song needed. We’re all thankful. 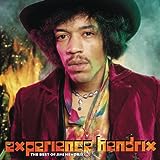 Many of the guitarists we’ve mentioned--Keith Richards, Eric Clapton, B.B. King--deserve more than one mention on this list, but we’re letting Jimi Hendrix take the thirteenth spot and in part because of its intense creativity.

Jimi’s guitar solo is beautiful and rich, but it’s also the--wait for it--glockenspiel that takes the record to the next level. While recording in London’s Olympic Studio, Jimmy started playing the glockenspiel (it’s like a xylophone) that had been left over from somebody else’s recording session.

He liked the sound so much he added it to Little Wing. Few guitarists can be credited with playing guitar at the level Jimi plays at, while also experimenting with other sounds, technologies, and instruments.

Rounding out our list of the greatest guitar solos of all time (is it possible for this list to end?) is Slash, guitarist for Guns N’ Roses. Slash has numerous incredible solos to his credit, but we’ve picked November Rain purely for its epic excess.

Slash is in fine form here, delivering two guitar solos that will knock your socks off--and that’s with a choir, orchestra, and nine minutes of other incredible choreography. In retrospect, it might have been classic rock’s final great anthem.

We’re just glad it was Slash who delivered it.