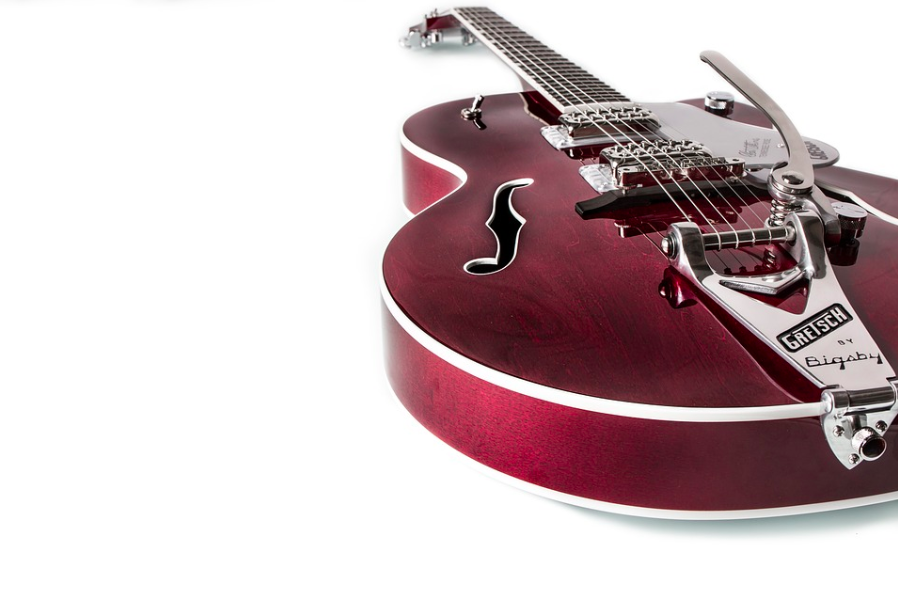 When you read the over 100-year history of Gretsch Guitars, it’s easy to see why they are one of the most iconic American manufacturers in the business.  Here’s how they got their start and eventually grew to the iconic brand they are today.

Gretsch Guitars are well-known for “that great Gretsch sound.”  A family-owned brand, they’ve thrived through four generations of leadership and for over 135 years in the business.

Although they are practically a household name among musicians and have endorsements from incredible artists like George Harrison, Chet Atkins, Neil Young, and Bono, not every step along the way has been easy.

Their company history has many ups and downs, and at one point saw them close the doors on manufacturing altogether.  The tale is long, but interesting, especially if you like a story with a happy ending.

In this article, we’ll tell you the story of Gretsch Guitars.  You’ll learn how the company was founded, and how they grew from a meager family-owned operation into the musical legacy they are today. 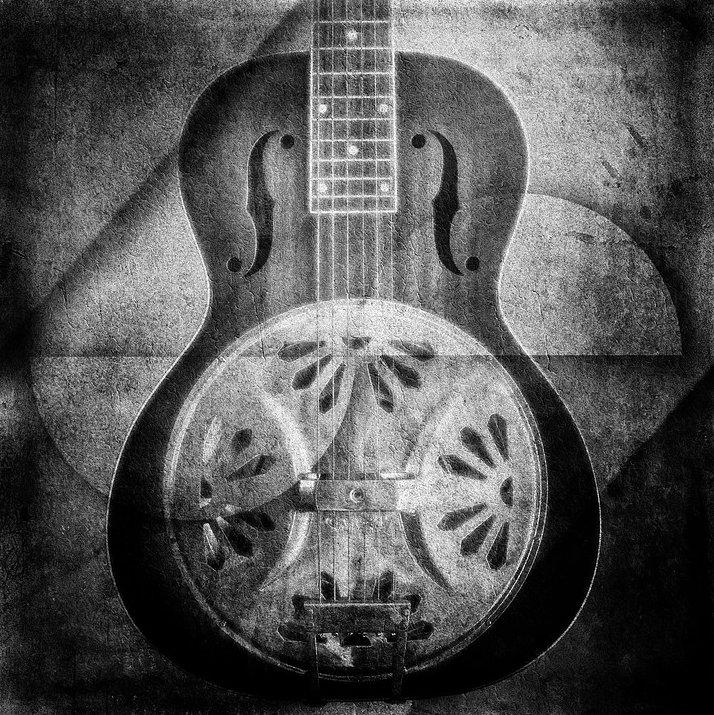 In 1883, a German immigrant named Friedrich Gretsch opened his shop in Brooklyn where he made instruments like tambourines, drums, and banjos.  At only 27 years old, it seemed he had decades to grow his dream into a successful business, but life had other plans.

He passed away just 12 years later, leaving his business and dreams in the hands of his teenage son, Fred.

For many, that would be the end of the story, but for Fred, it was just the beginning.  His knack for business and work ethic paid off, and by 1916, his company was known as one of the leading manufacturers and importers of musical instruments in the US.

Eventually, they outgrew the original storefront and moved their operations into a 10-story building located at 60 Broadway in Brooklyn.

One of the ways that Fred ensured the growth and success of the operation was by listening to what his customers said they wanted most.  At the time, it was guitars, and Gretsch began making acoustic archtops and flat-tops for jazz and country performers.

In 1935, a pivotal member joined the Gretsch team.  Charles “Duke” Kramer was just a kid and was hired on for $11 a week to polish horns at the plant.  Fred couldn’t have known it at the time, but Kramer would stay with the company for eight decades and serve in a variety of roles that spanned generations of the brands legacy.

He was one of the only employees who stuck with the company during the Baldwin acquisition, and he is ingrained in their culture in many ways.  Kramer served as a valued friend, counselor, and brand ambassador until he passed away in 2005.

In 1942, Fred Gretsch Sr. decided to retire, and he left the daily operations in the hands of his two sons, Fred Jr. and William.  Fred Jr. was only the manager for a short time before going to serve as a Navy commander in the war.  Bill Gretsch then stepped in and became the company president.  He leads the organization until he passed in 1948.

At that time, Fred Jr. took over Gretsch leadership and made some notable innovations that launched a new age of prosperity in the 1950’s.  His experience as a Navy commander gave him valuable skills and allowed him to manage and grow the company.

Under Fred Jr.’s leadership, Gretsch became the first manufacturer to use custom color finishes, and add gimmicky touches that were in line with the trends at the time.  This resulted in incredible success, and their models outsold the popular Fender’s of the decade.

Artist endorsements began rolling in.  In the 50’s, high profile musicians like Eddie Cochran and Chet Atkins used their guitars and developed specialty models that carried their namesakes.

In the mid-1960’s George Harrison played several Gretsch models, using one during his appearance on the Ed Sullivan Show.  This pivotal moment cemented their mainstream notoriety and popularity. In fact, the company quickly ended up nearly a year behind with filling new orders on the same Country Gentleman model Harrison used. 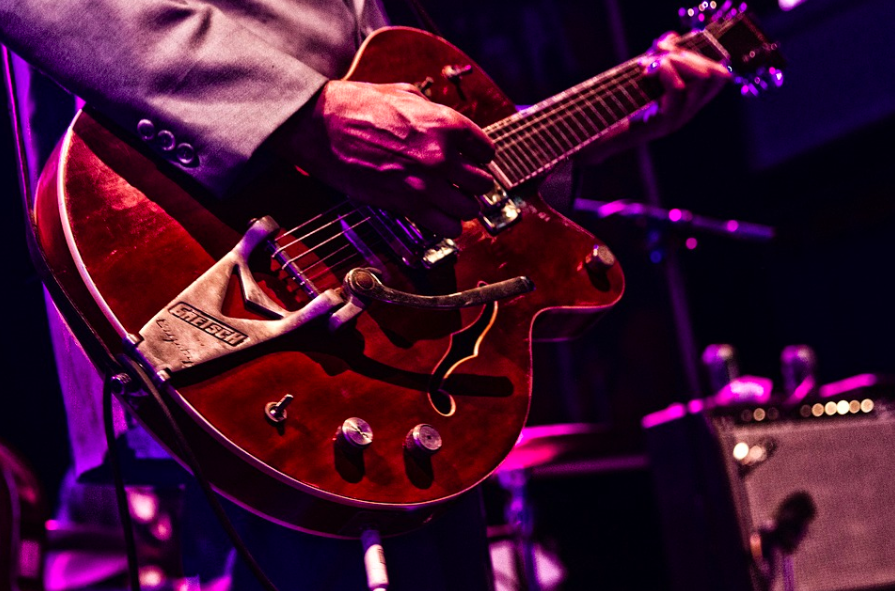 Although Gretsch dabbled in manufacturing electric guitars leading up to 1955, their surge in popularity in the mid-50’s was a contributing factor to the company’s success.

The original 1954 Electromatic model went through some quick evolutions which brought us the Country Club model.  Next, the company introduced Jet solid bodies which paved the way for two of the most popular designs ever produced, the 6120, 6121 Chet Atkins model, and the White Falcon.

At the time, you could pick up the 6120 for $385 brand new, and it came with twin DeArmond pickups, a big G brand, and a Bigsby vibrato.  Although it was originally made with country western artists in mind, rock and roll musicians also love it, and famous names like Pete Townshend and Eddie Cochran have played the 6120.

Released simultaneously was the 6121, another Chet Atkins model.  This guitar followed the same solid body design of the Jet model with one notable exception.  The mahogany body beneath the cap was extensively routed, which gave it a unique sound.

Eventually, the Chet Atkins range grew to include four separate models: the 6120, 6121, 6122 Country Gentleman, and the 6119 Tennessean.  The Country Gentleman was the guitar George Harrison played while on the Ed Sullivan show that’s credited for helping the brand explode into mainstream music.

The 6136 White Falcon was a bit of a surprise hit during the 1955 golden years.  It was produced to be a promotional item, and they gave it the tagline “The Guitar of the Future.”

It was designed to be flashy and eye-catching and included unique design features like 24-karat gold plating, a 17-inch body, a Melita bridge, four knobs, two DeArmond pickups, one switch, and a custom-made Cadillac G tailpiece that had a V-shaped crossbar.

Ironically, it was a favorite at every trade show, and Gretsch quickly realized that they could make a profit if they manufactured it on a large scale and brought it into the product line up.  They priced them at $600 new, and today you’ll pay in the five-figure range if you want one of your own. 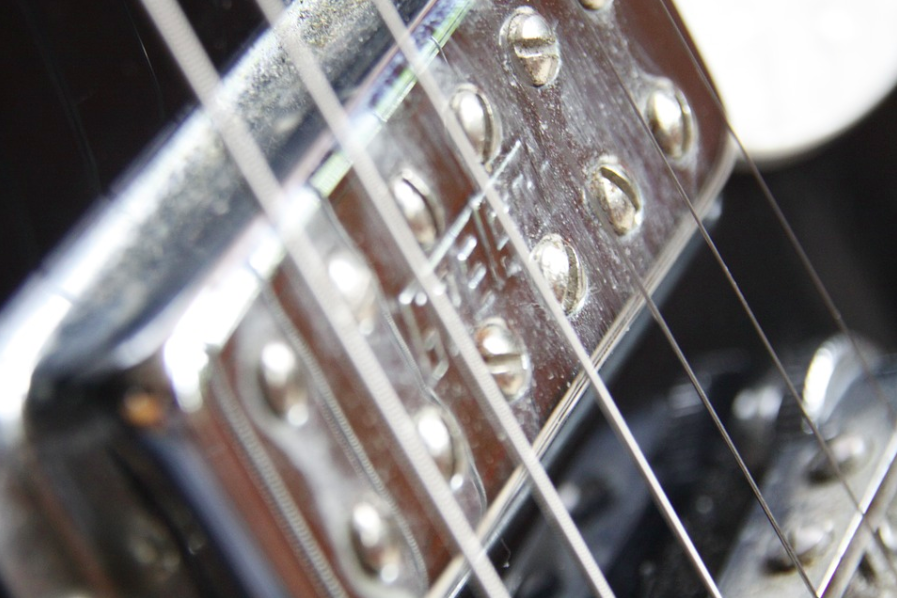 Although Gretsch is well-known for being a family-owned operation, in the late 1960’s, Fred Jr. retired as president and sold to Baldwin Manufacturing.  The move proved to be disastrous for the brand.

In addition, Baldwin elected to move their production factory from Brooklyn to Arkansas in 1970.  This led to another series of issues when many of their long-time employees chose not to relocate, and they lost decades of expertise.

To make matters worse, in 1973 there were two separate fires at their production plant that ate away at profits.

With quality control issues mounting, and the controlling powers choosing to use sub-par materials on some of the most well-loved models to cut costs, things were rapidly going in a scary direction.

Long-time supporter Chet Atkins withdrew his endorsement after years of watching the brand fail in 1979, and ultimately, Baldwin elected to shut down manufacturing in the early 1980’s.

Fortunately, that isn’t the end of the story of Gretsch Guitars.

When the company was sold in the early 1960’s, Fred W. Gretsch, the great-grandson of the original founder, pledged that he would find a way to reacquire it.

In 1984, shortly after Baldwin ceased production, Fred W. and his wife Dinah purchased the company again and brought it back into the family after 17 years away.

They fought valiantly in the 1990’s to re-establish the brand, and released new models and reissued old favorites to bring Gretsch back into the limelight.  They received some notable endorsements from high-profile artists, like Brian Setzer, which helped them to gain recognition and credibility.

Then, in 2002, they struck gold.  Gretsch partnered with Fender Musical Instruments Corp. and outsourced the manufacturing and distribution of their instruments which expanded their footprint and customer base.

Fender went to work immediately addressing customer complaints and making changes to Gretsch products that not only addressed the issues but resulted in beautiful new models and improvements over prior versions.

Today, the company celebrates a second golden age thanks, in part, to the thoughtful stewardship from Fender.

They regularly celebrate their legacy in a variety of ways.  In 2010, Dinah Gretsch established her non-profit, Mrs. G’s Music Foundation, and in 2014 the brand celebrated the 10-year anniversary of their custom shop.

In 2016, Gretsch was honored by being featured in the Country Music Hall of Fame Museum.  They showcased 75 of their vintage guitars as part of the American Sound & Beauty Exhibit.  The display was impressive and was notably the largest collection of stringed instruments that the museum has ever had open to the public.