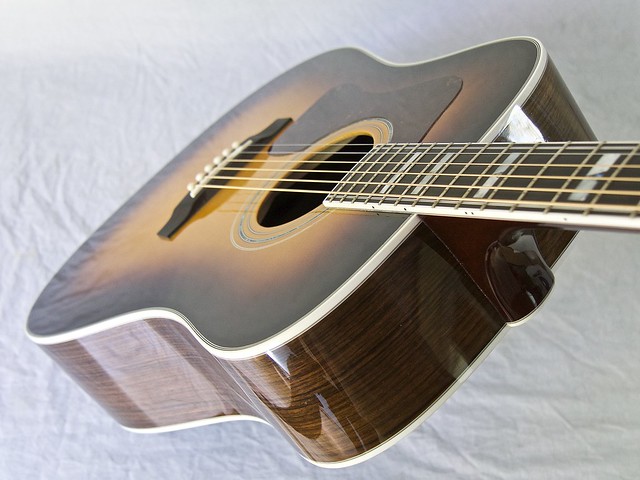 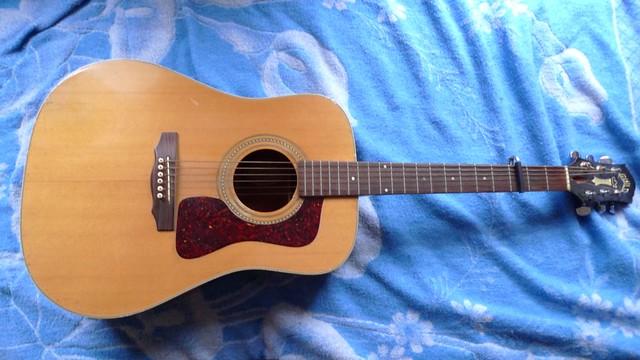 There are many guitar companies in the world, but not many that have changed the way the instrument is created and played over the years. Making the best guitars, innovative companies like Guild Guitars believes, comes down to creating a quality instrument people want to play.

Read on to learn about how Guild got started, how they changed the music industry, and what they’re up to today. This brief history of Guild has everything you need to know on where the company came from, where they started, and what models they’re known for.

Who Is The Guild Guitar Company?

The Guild Guitar company is an American guitar manufacturer with over 50 years of experience making quality value guitars that are made to be played. They are one of the world’s most historic guitar manufacturers, and they have a reputation for building iconic instruments.

Founded in 1952 by Alfred Dronge, a music-store owner and professional guitarist, and George Mann, a previous executive and vice president at Epiphone Guitar Company, Guild Guitars was created to become a fantastic alternative after the Gibson-Epiphone merger.

How Did Guild Begin? 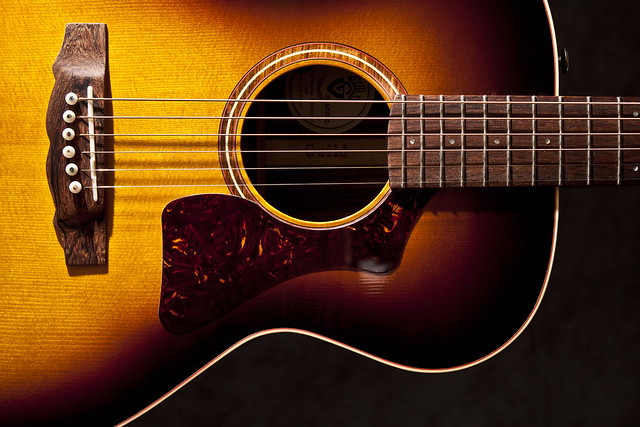 It all began in a 1,500-square foot loft in New York City during October of 1952. The location was strategically placed in between two lucrative communities to the forefront of this new guitar company with their target audience. The experienced craftsmen who were working at the nearby Gretsch and Epiphone factories, as well as a community or top jazz guitarists in New York, frequented the area at the time.

Guild hired some experienced craftsmen to design and produce the new, original Guild Guitars, and the owners used their connections with recording artists to receive valuable testing and professional insight on creating the perfect guitar. Because Guilds are made to be played, as their motto, the guitars needed to be perfect for the average player and perfected to meet guitarists needs.

Only a year into the company’s beginning, Mann left the company to Dronge. Although their partnership dissolved, Dronge was as determined as ever to transform his dream into a reality. He began to seek out better craftsmen when he found that the answer lies in men such as the “Three Amigos,” who helped make Guild Guitars what they are today.

Gilbert Diaz, who has extensive experience with Gretsch, Carlo Greco, a classical guitar craftsman, and Fred Augusto, a finishing specialist, came on the scene to make Guilds the best they could be. These men are alone responsible for crafting more than 25 years of Guilds and perfect the guitars.

The mid-1950s also led to Guild hiring Bob Bromberg as a general plant manager, who was responsible for some of the company’s tremendous growth into the 1960s. And long-time plant manager Willi Fritscher helped carry on a legacy of great craftsmanship.

Soon, the company began to take off. By 1957, the company was growing and finding major success. The increased number of orders, though, forced Guild to relocate to a much larger factory in Hoboken, New Jersey. Suhr Guitars

Some big-name guitarists of the day helped the company create signature models, and the jazz market was growing considerably. They worked with jazz performers like Johnny Smith and George Barnes, both of whom helped create high demand models that would go on to win awards and fame.

Guild even went on to create Slash’s infamous double neck guitar in the 1990s, a 12-string semi-acoustic on top and 6-string electric on the bottom. This design allowed the famous guitarist to switch easily from acoustic to electric mid-song without changing guitars in the middle of a performance.

Some other Guild endorsees included Don Arnone, Barry Galbraith, Carl Kress, and Bert Weedon, among many other top musicians. Guilds first collaboration with Johnny Smith led to the Award model, which was popular from 1956-1960. Many other guitar models would go down in history. The hollow-body of Duane Eddy’s signature Guild, for example, became a classic instrument in rockabilly history.

Once the 1960s hit, the popularity of jazz music faded. Music trends turned to rock, folk, and pop, and Guild pivoted to keep with the times. Guild continued working with prominent music artists in various genres, and the company began forming solid body electric and bass guitars. Business at the Hoboken factory continues to expand, selling more and more guitars until they had to expand once more.

Guild expanded, opening another factory in Westerly, Rhode Island. There, Guild could continue to grow and meet their increased production numbers while the main office remained in New Jersey.

Unfortunately, Dronge died as a result. His untimely death took place while commuting to the factory in his private plane in May of 1972. When the plane ran into heavy weather, it went down and blew away the Guild company.

Losing Dronge effected Guild considerably, and the company experienced some challenging times throughout the 1970s and 1980s. They continued producing quality instruments, with high ideals for craftsmanship. However, Guild was eventually bought out by Fender Musical Instruments in 1995.

Attempting to preserve the Guild visions and tradition, Fender CEO Bill Schultz was committed to maintaining Guild as it was. All the things Guild made great would continue to prosper while Fender would now benefit from their high-quality craftsmen and equipment as well as their long-time close ties with some of the finest guitar players in the industry.

In the 2000s, Guild moved to from Westerly, Rhode Island to Corona, California for a few short years and finally to Tacoma, Washington, where they decided to stop making electric guitars in America to instead focus on the new Guild Acoustic Design series based on iconic American designs. 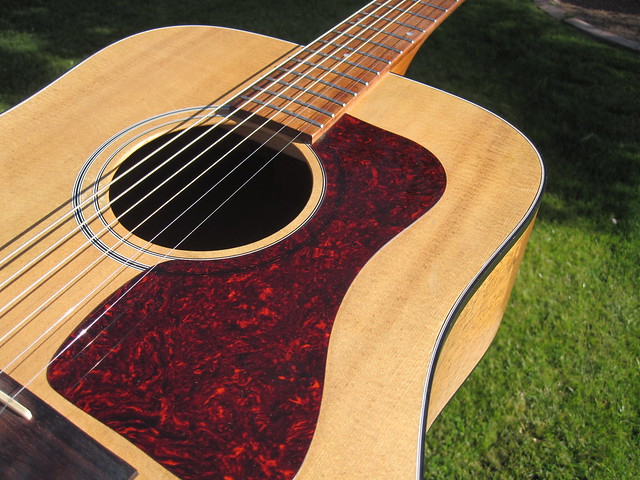 No matter what type of guitar you buy from Guild, you can rest assured the instrument will be amazing. Guilds are created for the needs of the guitar player, and they’re designed with both love for traditional guitars and a commitment to high quality. With innovative designs, Guilds are made to be loved and made with love.

When Guild first started producing guitars in New York City, Dronge has a passion for the jazz music that dominated at the time. As a result, Guild concentrated on producing the best full-depth hallow body electric guitars during their first year.

Although, Guilds encompass a range of fine guitars – all of which were created with love. The company even began making their first classical guitars in the 1960s, named Mark after Dronge’s son, to show their endearing commitment.

Guild continues to show their love by creating instruments people actually want to play. They have guitars for lefty’s and use various types of wood to create sounds, for example. All of which was done with the player in mind. In fact, Jimi Hendrix purchased a left-handed F-212 12-string model from Guild in New York City during the 70s. 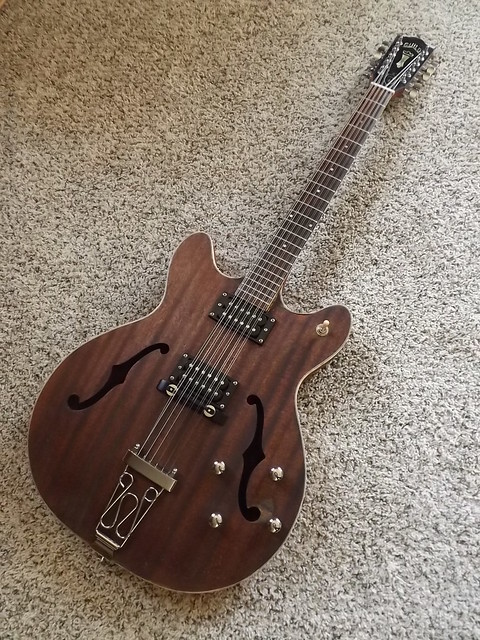 Although Guild stopped making electric guitars in the United States, outsourcing their creation overseas, the company began constructing rare Guild guitars based on original molds in the summer of 2014.

The new factory is located in Southern California with original machinery and equipment shipped from one of the first factories in New Hartford, Connecticut. The new designs fuse modern technology and classes Guild designs to create innovative guitars that sound better than ever before.

Who Are Guild Guitars Made For? 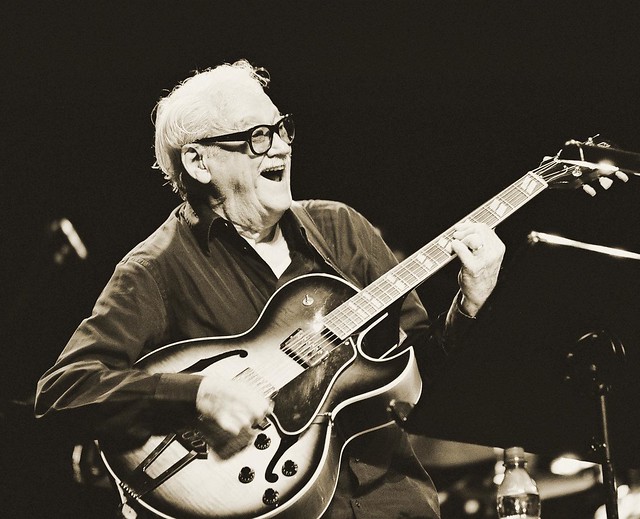 They have solid-body guitars and basses with various design features and body shapes to suit different heavy metal and hard rock players, a range of flattop guitars, and so much more.

How Much Do Guild Guitars Cost?

Depending on the model and type of guitar you’re looking for, a brand new guild guitar typically costs anywhere from $500 to $1,000. You can find a decent acoustic-electric 12-string guitar at Guitar Center for around $500, while the fully electric models can easily reach over a thousand dollars. Many of the top-rated models, either acoustic or electric, are priced closer to $4,000.

What Are Some Popular Models? 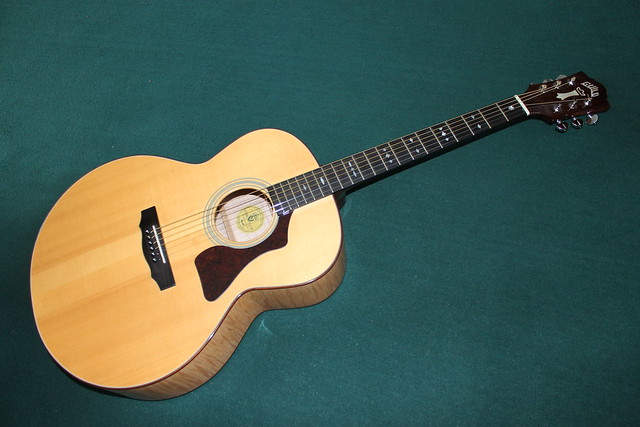 Some of the most popular Guild Guitars for professional players include the following:

Where You Can Purchase Your Own Guild Guitar

Guild Guitars are available in a vast array of shops, both online and in-person. You can find a model at most musical instrument stores such as Guitar Center and may even be able to find models online on eBay or Amazon. The Guild Guitar Company makes it easy to locate a dealer near you (or anywhere in the world) using their detailed search tool.