What Enthusiasts Look For In Guitar Auctions 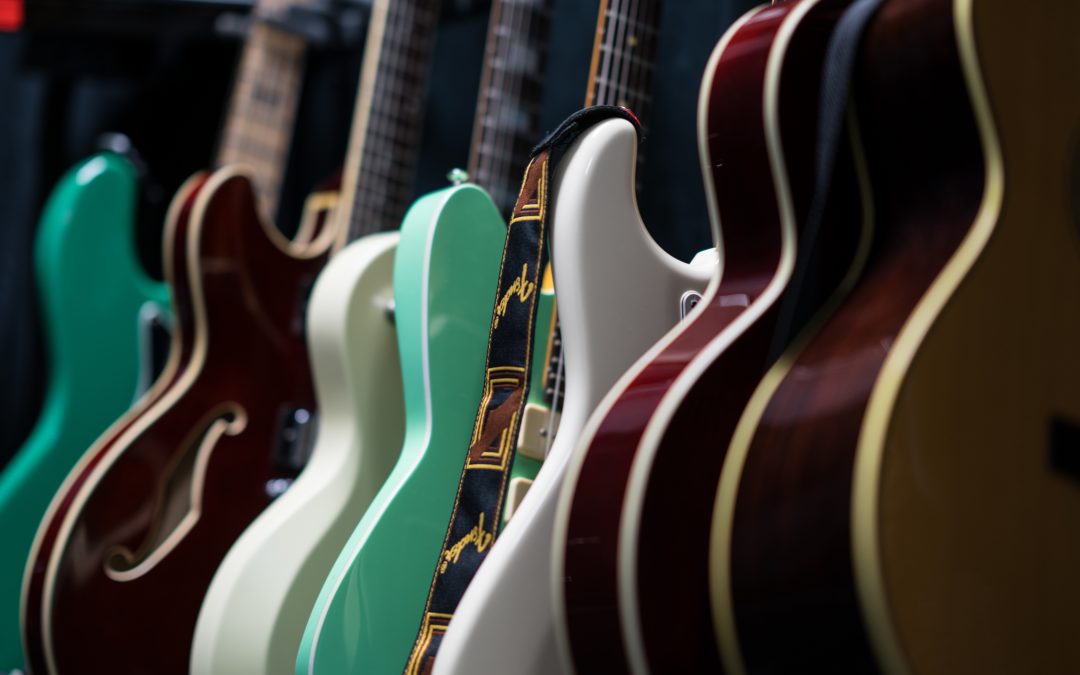 Auctions are a fantastic way to score a deal. These days, with online auctions, you can find almost anything ready to be sold to the highest bidder. If you’re lucky enough, you could save some money.

However, some auctions aren’t meant to save buyers money. For guitar enthusiasts, an auction may be one of the only ways to find a classic guitar that they have been dreaming about ever since they learned to play the instrument.

Of course, there are guitars for sale at auction that are your regular, run-of-the-mill designs. This article isn’t about those guitars. This is about the guitars that get enthusiasts excited.

Every Guitar Has a Story

Ask anyone who plays guitar about the guitar they own and they will tell you a story. Some stories are unremarkable but special to the owner. Some stories will have you on the edge of your seat. No matter what, every guitar has a story.

This is especially true for Heritage Guitars. Every guitar is built with the storied history of the company woven throughout the materials. Some guitars take time to develop their own unique story but Heritage Guitars come with a remarkable history right off the shelf.

Of course, being a boutique brand, you aren’t likely to find many Heritage Guitars on the shelf at your local music store. For some, auctions are the best places to pick up Heritage Guitars.

The Heritage Guitars company was created after Gibson moved their manufacturing away from Michigan. A few entrepreneurial former employees used old equipment and vacant manufacturing space left behind by Gibson to begin making their own guitars under the new brand.

The influence of Gibson design is clear when looking at Heritage Guitars but dedicated fans will tell you the craftsmanship is second to none. The small numbers of guitars made each year are often considered to be some of the highest quality guitars commercially available.

There aren’t many bands that can single-handedly drive demand for a certain product. Of course, the Beatles aren’t like most other bands.

While the Beatles were the face of the British Invasion in the 1960’s, the Rickenbacker bass guitar enjoyed a marketing boost that no company could possibly have imagined in their wildest dreams.

When the Beatles hit the stage, so did Rickenbacker products. Of course, all good things must come to an end. As the British Invasion began to end, so did the popularity of Rickenbacker guitars.

Still, to this day, the Rickenbacker bass is one of the most recognizable instruments ever made. The distinct shape is a major attention grabber and enthusiasts, collectors, or fans of the Beatles are always looking to get their hands on one of these rare items.

The models you are most likely to see at auction are the vintage Rickenbacker models. Yes, the same type of models that the Beatles would have used while touring the world on their way to becoming the biggest rock band of all time.

A standard guitar has 6 strings. However, Ibanez turned that notion on its head with their 7 string guitar. The addition string was added to provide more bass for players who wanted a wider range of sound.

What sets Ibanez apart is that they were the first manufacturer to mass produce 7 string guitars with the Ibanez UV7. Many modern rock bands have been drawn to the 7 string guitar because of the broader range of sound that it offers.

While you can find Ibanez 7 string guitars fairly easily online, auctions are the only way to get your hands on the 7 string guitar that started it all for Ibanez. Not only is this guitar an incredible musical instrument but it’s also an interesting piece of history.

If you’re a collector of guitars then trying out a live or online auction is a great way to find the unique pieces your collection is missing. Of course, these unique pieces do not come at an affordable price.

Many of the guitars mentioned above are in high demand and the price earned at auction will only be further proof of that fact. If you want cheap guitars to learn to play on then enthusiast guitar auctions are not the place to begin.

However, if you want to own a piece of history then guitar auctions are the perfect place to let your imagination explore.