Martin Guitars: History, Models, and How to Find Serial Numbers 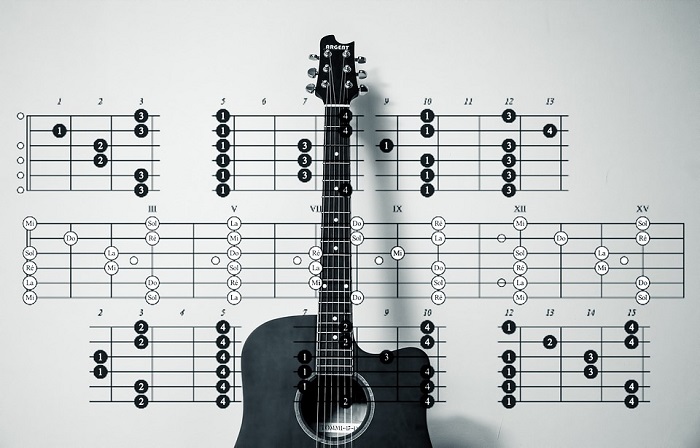 The Martin name is synonymous with quality guitars. For over 180 years, C.F. Martin and Company has been providing musicians with finely crafted instruments with unique details. Also, Martin guitars are notorious for their beauty, unique sound, and for maintaining and increasing in value with age.

A Martin guitar is an investment and something that you can enjoy for a lifetime. Cheap acoustic guitars are easy to find but will be of far inferior quality. Knowing how to research serial numbers can aid in obtaining information about the age and authenticity of a guitar. Information given here, on finding serial numbers, can help with that process.

The Story of Martin Guitars

After dealing with the restrictions of European guilds, C.F. Martin felt it would be easier to produce his guitars in America. Then, he opened his first shop in New York City in 1833. Six years later the company relocated to Nazareth, Pennsylvania, where Mr. Martin had relatives, and the land reminded him of his native Germany.

Originally, Martin guitars were made entirely by hand. As business grew, Mr. Martin employed more craftsman. By 1859, the need for a factory was evident. Therefore, he built one in Nazareth, Pennsylvania. The building still has C.F. Martin and Company as owner. Yet, it is now a warehouse and a retail site.

In the 1850’s, Martin developed the X-bracing system for guitar tops. Increased strength and stability of the top made for an easy transition to steel strings at the beginning of the next century. Steel strings placed considerably more tension on the upper part than catgut strings of the past.

1920’s and The Great Depression

During the depression, Martin guitars survived thanks to the introduction of two modifications.

The Stinger guitar was similar in design to Fender guitars. These were made in Korea, then shipped to Martin guitars in the United States. Then, in 1979, Martin guitars opened its Custom Shop. Here, artists and craftsman can transform a customer’s ideas into reality.

Commitment to the Environment

Excellence from Start to Finish

Throughout their history, C.F. Martin and Company has managed to successfully navigate several potential obstacles, by creative thinking and determination. Furthermore, Martin guitars’ primary focus has always been to produce superior acoustic guitars.

Attention focuses on every detail, from the type of wood they use to obtain the best resonance, to the style of finish on the body and how it will feel in the musician’s hands. So, Martin’s commitment to excellence, and exploration of innovative improvements keeps them at the forefront of their industry. 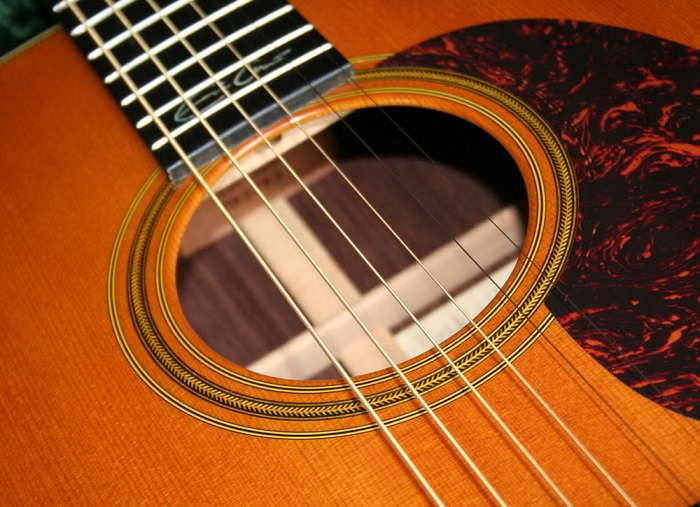 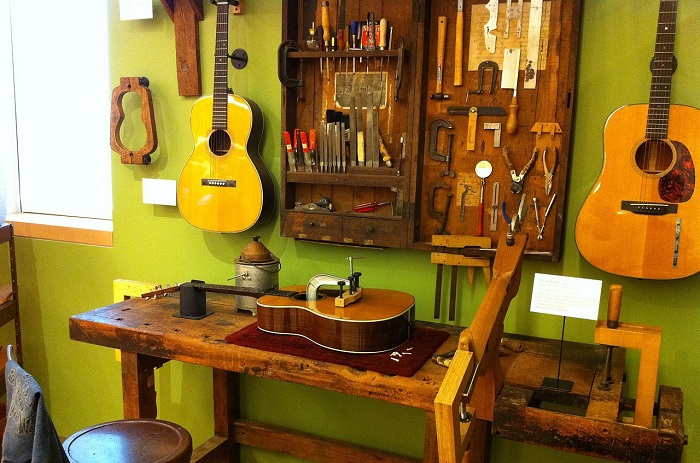 How to Decypher the Serial Numbers

In 1898, C. F. Martin and Company began imprinting serial numbers on its instruments. So, they started with the 8348, the estimated number of guitars they had produced up to that time.

You can determine the year of production by looking up the serial number on a chart on the Martin guitars’ website. The numbers on the graph appear according to the last serial number used that year.

Knowing the model and serial numbers are also useful when looking for acoustic guitar parts. So, this way you can be certain you are getting exactly what you need. This is particularly the case for older, used Martin guitars.

There’s a wide variety of Martin guitars for sale, vintage and modern. Therefore, it is prudent to know about the diverse options and how to determine the quality and value of a guitar. So, finding the serial number and model number can help provide invaluable information.

C.F. Martin and Company started with the dream of a German cabinet maker’s son. Then, it grew for nearly two centuries into a company that received worldwide respect for their craftsmanship of beautiful guitars.