Parts of a Guitar: The Trussworthy Trinity 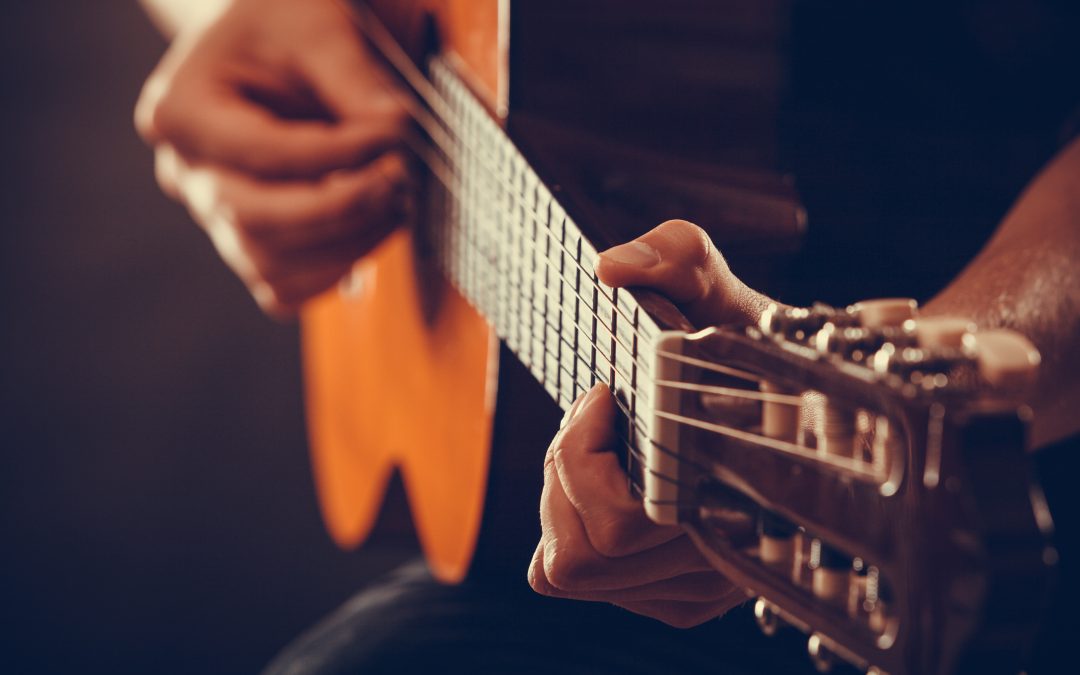 It’s amazing to think that the assembling of wood, medals, and plastics, when strategically organized, can create an instrument capable of making beautiful music – and that’s literally all a guitar is. It’s a collection of parts serving very specific functions.

Parts of a guitar vary from axe to axe depending on the model, brand, and basically on the overall playing style the instrument has been crafted to perform on.

The truss rod, guitar neck, and guitar bridge form the trinity, present in essentially every type of guitar in order to provide stability.

To the uninitiated, a truss rod is a less obvious part of the guitar. Sure. It’s not a glamorous feature like humbucker pickups, acrylic pants or floating tremolos. But without it, those frills can quickly become useless.

A truss rod is a metal rod which is inside the neck of the guitar and extends all the way to the guitar’s headstock (head). A guitar’s neck is under a tremendous amount of pressure due to the tightening of its strings.

Whenever a guitar is tuned, it creates tension on the neck, which most often is made of wood.

Truss rods provide stability to the neck to keep it from bending under the tension caused by tuning. Considering that strings can be left tightened on a guitar for months at a time, truss rods provide strength to endure what otherwise would have to be compensated for with more expensive materials.

The name of this guitar part leaves very little to the imagination.

The neck is divided into frets with the first ranging from widest to thinnest, from the head to the guitar body. The wider the fret, the lower the note.

Necks are typically made from two or more pieces of durable woods in order to resist warping. Typically, they’re bolted or screwed to the guitar body, or are an extension of the body itself.

Guitar bridges are literally a “bridge” through which the string vibrations travel to be amplified.

The guitar bridge serves as a string anchor and is an essential part for both acoustic and electric guitars. Bridges also have the important function of being able to adjust the action levels of strings, which changes the height strings hover above the fretboard.

There are different guitar bridges that have their own specific functions depending on the type of guitar used and the playing style of the guitar owner.

Electric guitars, on the other hand, have two main types – the vibrato and hardtail. Both live up to their names as the vibrato allows for the usage of tremolo bars, used to manipulate string tension, while the hardtail has a solid anchoring point for the strings.

Honorable Mention: A Head of the Game

If it wasn’t for the fact that headless guitars exist, a guitar’s headstock would be in league with the truss trinity.

A guitar’s head is incredibly important to a guitar’s playability. However, headless guitars have also duplicated those functions by having tuning mechanisms elsewhere on the guitar.

Most guitars will have a head that serves as an opposite anchor for strings in multiple locations to the guitar bridge. The nut rests as the neck and head’s intersection and is where the strings are held in small grooves. These are then aligned to the head’s tuning machines.

A head’s tuning machines are an essential part of a guitar because they’re what allows for the strings to be adjusted to different notes. A compromised headstock often results in an out-of-tune guitar since the tension created by the tightened strings is not stable enough.

Truss rods, necks, and bridges are standard guitar parts constantly working together to provide balance, strength, and stability to the instrument. They’re sort of “Tension Trio,” doing all the stressful work, so the guitarist can focus on making sweet grooves.