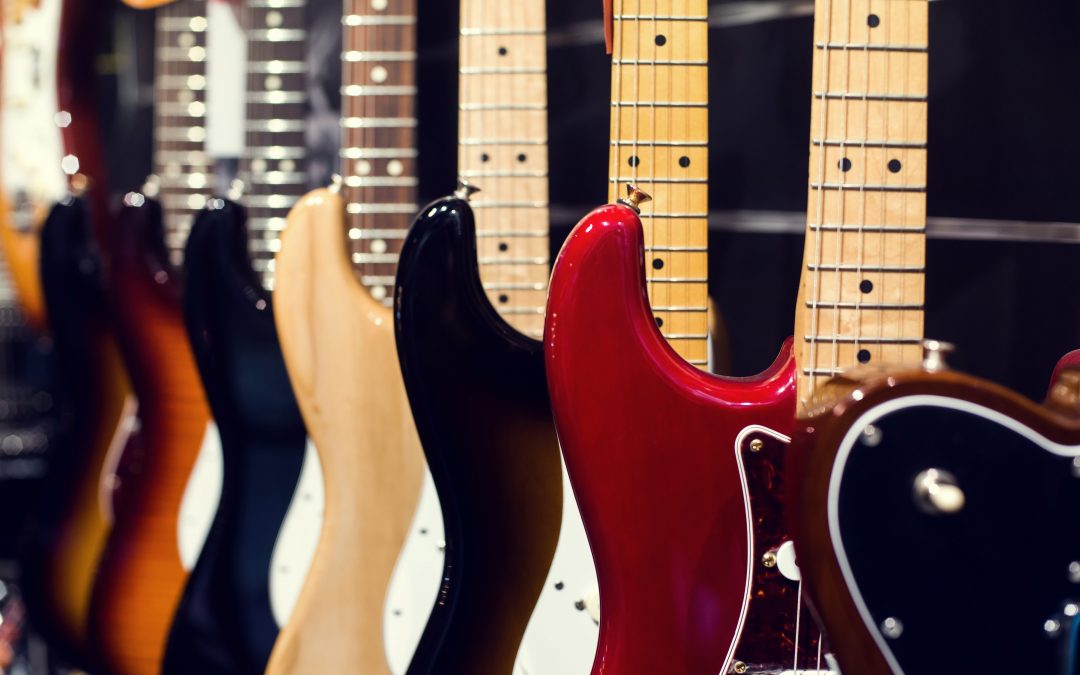 Chances are, if you are thinking of buying a new guitar or another piece of music equipment, then you are probably going to visit Sweetwater’s website.

Sweetwater Music Instruments and Pro Audio has been serving their customers since 1979 and, if their history is any indication, they have been doing an exceptional job that entire time.

Beginning from humble roots, Sweetwater Music has grown to be one of the largest music dealers in the United States today. What has made this company synonymous with great service for musicians across the country?

The Early Days of Sweetwater

Sweetwater was established at the end of the 1970’s in Fort Wayne, Indiana by Chuck Surack. Today, Chuck is best known as the founder of one of the largest music store brands in America. Prior to that, he was a touring musician playing saxophone and keyboard for a band.

Chuck Surack created Sweetwater to appeal to other musicians. His Volkswagen Minibus was converted to a mobile studio and he also offered studio time out of his home for people looking to record their unique sound and hopefully make it big themselves.

It wasn’t until 1990 that Chuck Surack moved Sweetwater out of his home and into separate offices. By then, the company was bringing over $6 million per year in revenue. This was just the beginning of the Sweetwater music stores people know and love today.

The only thing more difficult than choosing the perfect guitar to play is learning how to play the guitar. Sweetwater.com became a popular destination for resources when musicians wanted to learn and grow their craft.

Sweetwater was in tune with what people wanted and provided it to them on their own website rather than wait until technology had passed them by. By bringing people to their website for information and helpful tips, Sweetwater was essentially driving traffic to their store as well.

That strategy certainly helped when Sweetwater moved into even bigger corporate offices again in 2006. A 44-acre campus was created in Fort Wayne to house the 220 employees. This massive expansion included a 250 seat performance theatre, a distribution center, a retail store, and the corporate offices.

Sweetwater music was now an even bigger force in the music retail industry. However, their roots never disappeared and the company maintained the independent retailer image and quality even after moving into a massive new headquarters.

Music for a Cause

If you ask many people what Sweetwater sound is they will probably tell you about the instrument they bought. However, a lot of people associate Sweetwater with their Majic Miracle Music endeavor. This partnership with a local Fort Wayne radio station supports the local children’s hospital.

Artists that tour through Fort Wayne are asked to do a live, acoustic recording for Majic Miracle Music. These songs are then used on compilation albums to help raise funds for the Riley Hospital for Children.

Some major names have recorded for the cause including Collective Soul, Aimee Allen, Sara Baraeilles, and REO Speedwagon. A lot of people know Chuck Surack as the founder of Sweetwater but just as many people recognize him as a great philanthropist.

Delivering a quality retail experience is never easy. Competition, costs, industry changes, and more can all drive companies out of business in the blink of an eye. Staying at the top of a competitive industry like the music retail industry requires a commitment to exceptional service.

Sweetwater has been recognized with a number of awards throughout the history of the company. In the 1990’s they were one of the fastest growing companies in America. Obviously, that growth paid off when they moved to their new headquarters.

In addition, Sweetwater has been recognized as the top music retailer by some music publications. This is due to their unbeatable selection of guitars, sound equipment, and more as well as their commitment to the highest level of service.

Of course, business isn’t always about the dollars and cents. Sweetwater has been recognized as an environmentally conscious company and received awards for ethics. Shopping with a company is much easier when you know they have awards for ethics, right?

The Future of Sweetwater Music

What could the future hold for this retail giant with the quality reputation of a local shop? Only time will be able to tell.

However, if history is any indication, Sweetwater music will only continue to grow and find success. If you are in the market for a new guitar or you just want to do a little bit of online window shopping then the Sweetwater Music Store is a great place to kill some time.